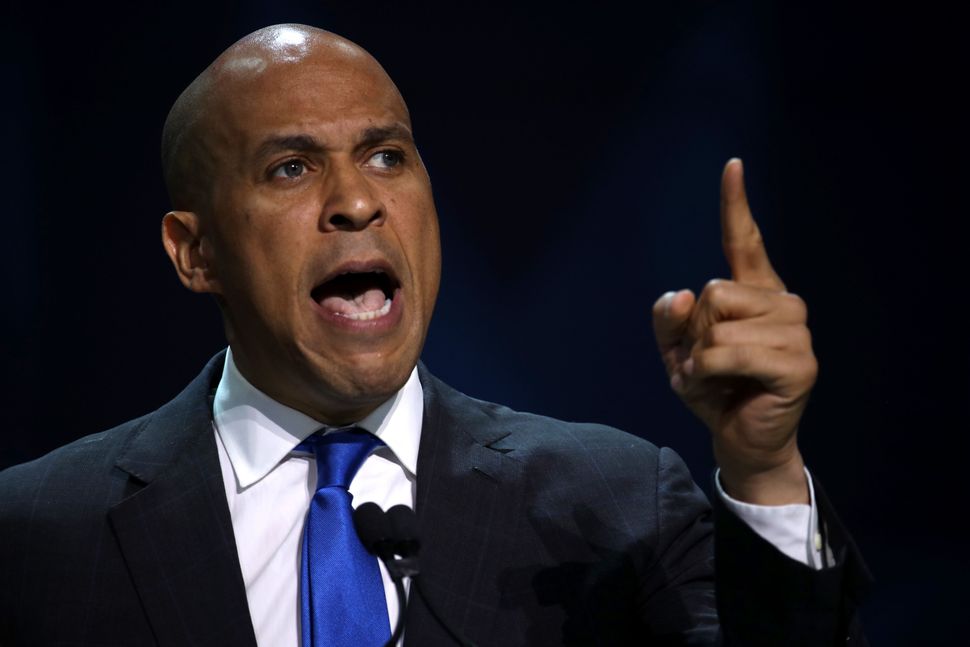 Cory Booker lambasted Donald Trump’s comments that American Jews would be “disloyal” for voting for Democrats in what amounted to an off-the-cuff d’var Torah, or sermon, while on the campaign trail in Iowa Wednesday.

Reporters asked Booker, a U.S. Senator from New Jersey who had a close connection to Jewish life at his university, about Trump’s recent anti-semitic comments comments.

Booker began by asserting his Jewish bona fides: He is “the guy who studied the Torah since [he] was 20 years old and had a really good Afro.” He continued on to discuss core Jewish values, mentioning “tzedakah” (charity), “chesed” (compassion) and the ideals of justice, equality and respect, while touching on Jewish involvement in the civil rights movement.

.@CoryBooker responds to a question about Trump’s “disloyal” comments on Jewish Americans pic.twitter.com/mj7nRHKJvZ

He then directly attacked the President, invoking the Jewish prophet Micah’s demand: “Do justice and love mercy.” Those ideals, Booker said, were “not being evidenced by the President of the United States.” He stressed that he “find[s] it stunning that we tolerate a person in the highest office in the land who continues to try to divide us against each other, to demean and degrade us.”

He rounded back to the notion of tzedakah and noted how the word not only invokes “charity, decency and mercy” but “justice” as well. “We need to get back to that, to being good to each other and standing in common cause to make this a nation of justice for all,” he said.

This is not the first time Booker has shown off his knowledge of Judaism. Earlier this year, he quoted the Torah in Hebrew a during a CNN presidential town hall.