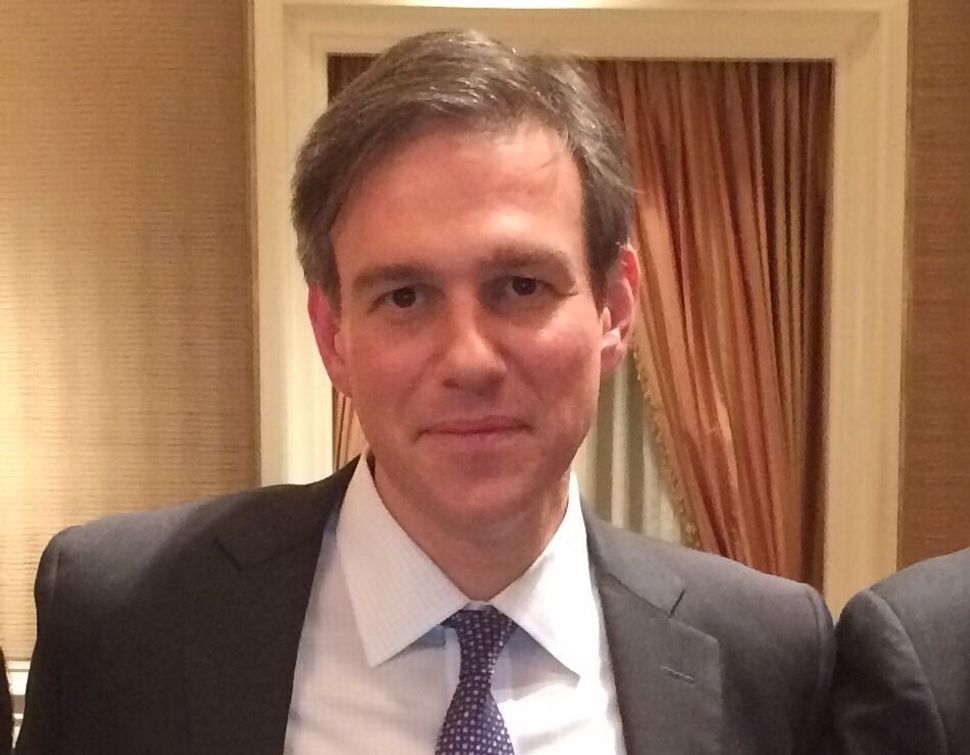 The class usually begins with students discussing recent instances of public figures making significant strategic communication mistakes. Possible grist for the mill — and this is just from white men — could have been Donald Trump’s flip-flopping statements on gun regulation or the trade war with China; Brazilian president Jair Bolsonaro being forced, following international outcry, to address fires in the Amazon; or Tucker Carlson calling white supremacy a hoax, which has led some companies to boycott his show.

Then, on Monday evening around 10 p.m., Karpf, a professor of political communications at George Washington University in Washington, D.C., got an email from Bret Stephens, columnist for The New York Times. Stephens had found Karpf’s joking tweet suggesting that an outbreak of bed bugs in the Times newsroom was a metaphor, and that Bret Stephens was that metaphor. (Because, as Karpf explained, Stephens’ columns are bad, but they can’t seem to get rid of the guy.)

So Stephens emailed him, challenging Karpf to come to his home and call him a bed bug to his face.

Karpf didn’t respond. But he tweeted the email. In no time at all, it seemed like Twitter could talk about nothing else. As of press time, there were 84,000 tweets about Stephens published since last night. From a curriculum standpoint, this suits Karpf just fine.

The tweet was not, in and of itself, that funny — at least not by Karpf’s own standards. By the time Karpf, who until last night had a respectable 7,000 or so followers, had received Stephens’ email, the offending tweet had garnered seven likes and zero retweets. Karpf said that a good joke for him earns about 40 to 50 likes. (Karpf now has about 20,000 followers.)

And yet, Stephens reacted as though Karpf had mercilessly and unfairly ridiculed him to a wide and receptive digital audience.

That led Karpf to wonder about just how Stephens spends his Monday evenings. (Karpf says he was up working on a conference paper.) Does Stephens search his own name on social media? Does he have an assistant do it? If Stephens did, as he has said, learned about the tweet from someone else, he still considered it significant enough to warrant a strongly worded email.

Karpf says that he only shared the email in the first place because Stephens cc’d the provost of George Washington University. Karpf believes that this was a blatant attempt to land Karpf in hot water with the school administration, (Stephens has denied this) an attempt that patently failed:

That Stephens cc’d the provost “pretty clearly means that he’s not trying to engage in an earnest conversation about civility online,” Karpf said. “It means that he’s trying to punch down at some obscure guy and get him in trouble for saying something mean about Bret Stephens on the internet.”

Stephens could hardly have picked a worse target. There’s the fact — the first thing that comes up on Google when you search for “David Karpf” — that Karpf teaches what not to do with your digital communication strategy. He likened Stephens’ faux pas to the Streisand effect, named for when Barbara Streisand sued a photographer for including a picture of her home in a public database, thereby drawing international attention to the picture.

But also: Karpf can’t get fired for this.

“This is funny because I’m a tenured white guy, which means there’s very little he can do to hurt me,” he said, noting that he feels he has not received as nearly as much hate mail he would have gotten if he were a woman.

In the course of defending his email on MSNBC, Stephens said that “being analogized to insects … goes back to a lot of totalitarian regimes in the past” — widely assumed to be a reference to the Holocaust. Stephens, who is Jewish, has written many times about his Jewish ethnicity.

Bret Stephens goes to MSNBC to comment on the bedbug situation, saying the rhetoric is “dehumanizing and totally unacceptable.” He also says that there’s a “bad history” of “being analogized to insects that goes back to a lot of totalitarian regimes” pic.twitter.com/Yzo8WdO263

Karpf, who is also Jewish, said he didn’t realize that Stephens was Jewish.

“Stylistically, his work often seems very WASPy to me,” he said.

But even so, Karpf isn’t overtly offended by the apparent Holocaust reference.

“It’s pretty difficult to get to this being a reference to Jews in the Holocaust, when it’s obviously a reference to bed bugs in the newsroom,” he said. But, he added, “I don’t think thats in the top five most offensive things of what he’s doing here.”

“What he was trying to do was signal to me that people of my station aren’t supposed to insult people of his station,” Karpf said. “Part of what comes with having his perch at The New York Times is that you have to endure people making silly jokes about you.”

Karpf says that he would honestly like to have a public conversation with Stephens about this debacle. Even barring that, he said he would be happy to actually go to Stephens house and call him a bed bug — or at least explain the joke.

“Usually it’s not a great joke if you have to explain it. but clearly it needs some explaining,” he said. “Also, not to belabor the point, I didn’t call him a bed bug. I called him a metaphorical bed bug. I’m not asking for really deep reading comprehension. There’s three sentences [in the tweet]. I’m asking all of us to read all three of them.”