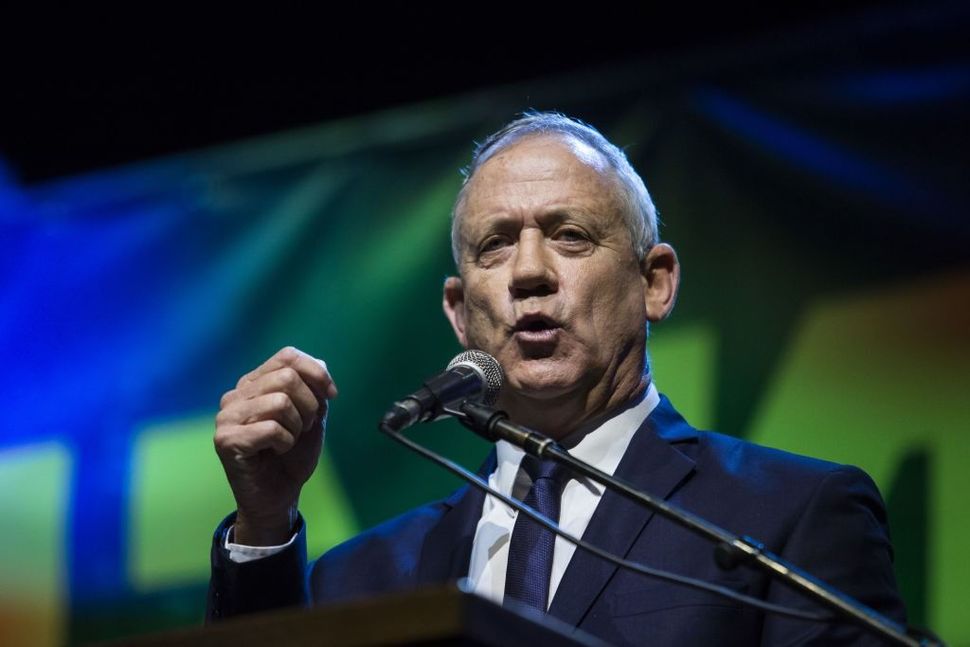 Benny Gantz, Blue and White party leader, speaks at a protest on May 25, 2019 in Tel Aviv, Israel. Image by Amir Levy/Getty Images

CGI Group, which Gantz hired to investigate a series of leaks from the center-left Blue and White party, said no sensitive information was gleaned from the phone of the former Israeli military chief of staff.

CGI said it was a “powerful and unprecedented attack by Russian hackers, a type we have never before encountered.”

The hackers also compromised the phone of the party’s chief of staff and campaign manager, as well as an adviser. In addition, the party’s computer network was infiltrated, according to the report.

CGI recommended that Blue and White file a police complaint, which was not done immediately.

In March, prior to the April national elections, the Israel Security Agency, or Shin Bet, informed Gantz that his cellphone had been hacked five weeks earlier by Iranian intelligence. Gantz said the report had been purposely leaked close to the election to damage his chances.