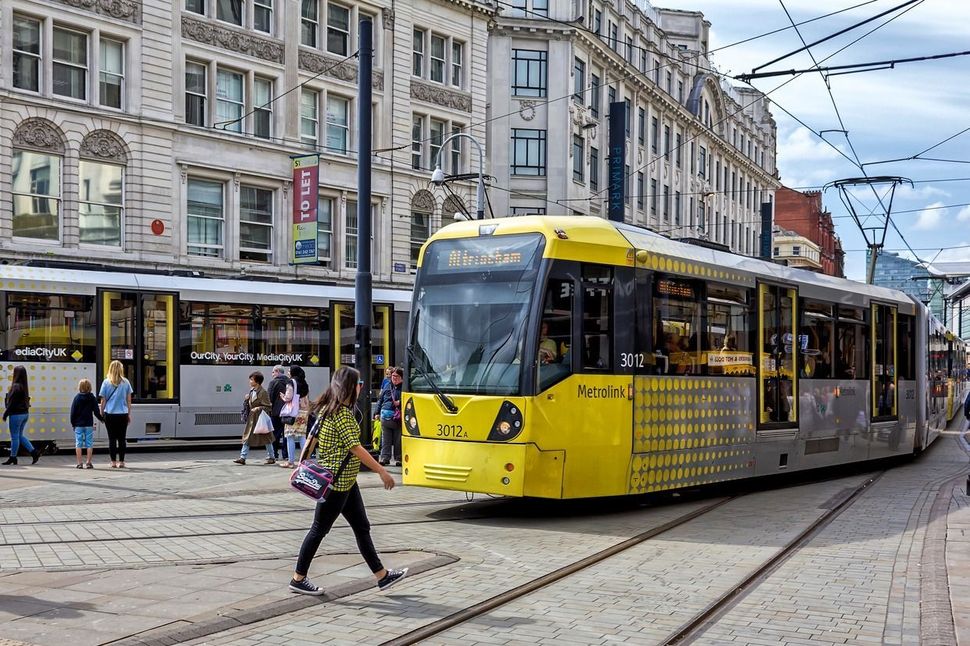 (JTA) — An identifiably Jewish couple was harassed about Israel’s treatment of Gaza during a train ride in Manchester, England.

The anti-Semitic rant against the couple, dressed in Hasidic garb, was filmed by another passenger in the Metrolink on Thursday night, the Manchester Evening News reported.

The man called across the train car to the couple, asking them: “Does he know about the situation in Gaza?”

Verbally harassing visibly Jewish people over #Gaza on the tram in Manchester. This is the new antisemitism of the 21st century. Anti Zionism has become antisemitism. End of.

And all encouraged by the far left and pro Palestinian movements in the UK. pic.twitter.com/riERCJPQZi

The man, who said he was from “Palestine,” was challenged by other passengers but continued his tirade. “I’m just asking one single question,” he said. “How is that an inflammatory question?”

The woman, 27, who filmed the incident told the Manchester newspaper that she reported it to the Community Support Trust, an organization for reporting anti-Semitic hate crime.