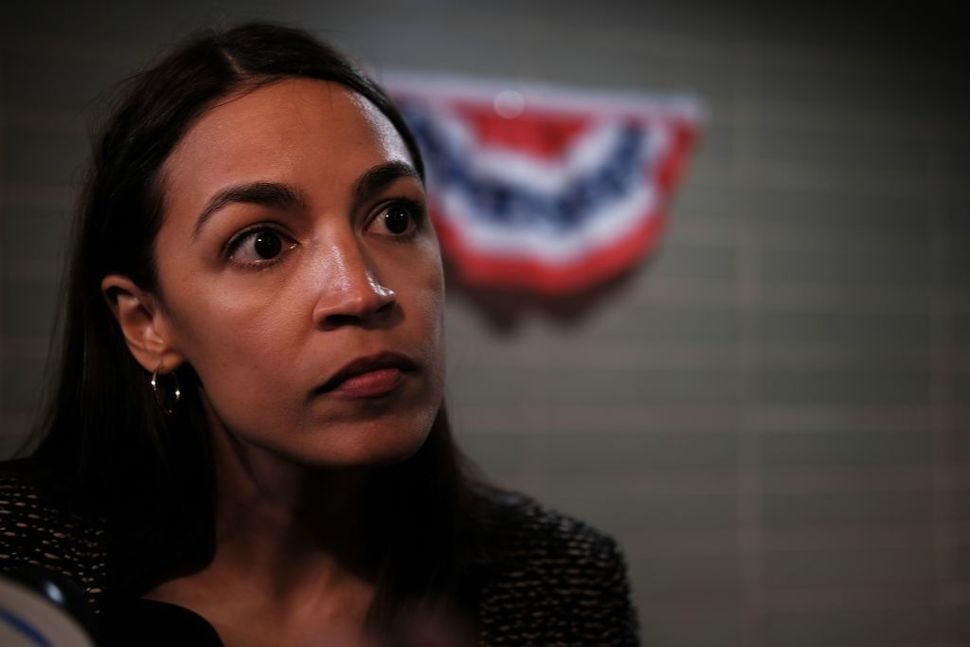 Rep. Alexandria Ocasio-Cortez speaks to the media after a public housing town hall on August 29, 2019 in the Bronx. Image by Spencer Platt/Getty Images

WASHINGTON (JTA) — Rep. Alexandria Ocasio-Cortez, the freshman Democrat congresswoman from New York, said her criticisms of Israeli Prime Minister Benjamin Netanyahu should not be seen as shots at the Jewish state.

“The Netanyahu administration has been pursuing a lot of extraordinarily concerning policies,” Ocasio Cortez told Israel’s Channel 12 News in a recent press opportunity in New York.

She likened Netanyahu to President Donald Trump, who has repeatedly attacked her.

Trump has accused Ocasio-Cortez and three other progressive freshmen congresswomen of being anti-Semitic, apparently based on the fact that two of them, Rashida Tlaib of Michigan and Ilhan Omar, of Minnesota, back Israel boycotts. (Ocasio-Cortez and Ayanna Pressley of Massachusetts do not.)

Ocasio-Cortez said in the interview that Trump was instrumentalizing anti-Semitism to distract from his policies.