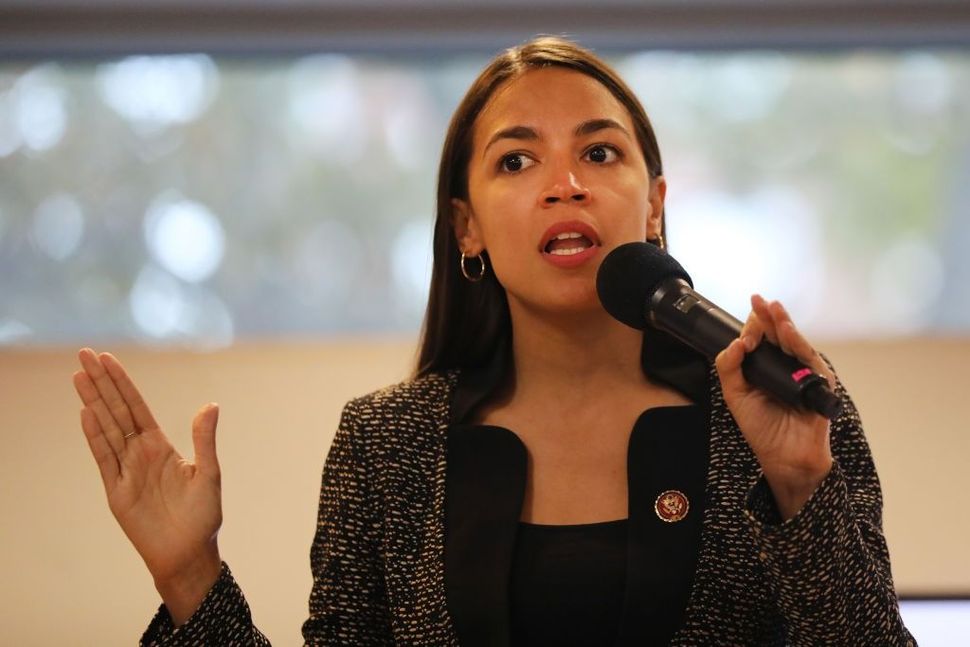 Rep. Alexandria Ocasio-Cortez was “actively very excited” to pursue a trip to Israel and the West Bank before Prime Minister Benjamin Netanyahu barred entry to two of her fellow congresswomen earlier this month, she told Haaretz on Thursday at a Bronx town hall meeting.

“I think it’s a critically important experience to be able to go visit and see first-hand a lot of what is happening,” she told Haaretz at the event. “There is no way, I think, that one can really dig deep without being able to have that experience, and it’s one that is extremely important to have, and I hope to have in the near future.”

Rep. @AOC tells Haaretz she was “actively very excited” to pursue a trip to Israel before Netanyahu barred entry to @RashidaTlaib and @IlhanMN and hopes to have the opportunity to go in the “near future”. This at her Bronx townhall on Public Housing pic.twitter.com/7kYp4r3mhd

“Sadly, I cannot move forward with scheduling any visits to Israel until all members of Congress are allowed,” she wrote earlier in August. Speaking to Haaretz on Thursday, Ocasio-Cortez confirmed that she doesn’t intend to plan any visit to the region before the Israeli decision is reversed.

After initially allowing them in, Israel backtracked at the urging of President Trump and denied entry to the two Muslim representatives over their support for the Palestinian-led boycott movement.

Tlaib and Omar, who had planned to visit Jerusalem and the West Bank on a tour organized by a Palestinian group, are outspoken critics of Israel’s treatment of the Palestinians and support the Palestinian-led international movement boycotting Israel.

During the town hall event, Ocasio-Cortez answered questions from members of audience on public housing developments in her district and presented how the issue, which she considers to be a matter of human rights, is treated on a federal level.

“The basic dignity of people is worth just as much as big banks, if not more,“ she told constituents. “Our country is only as great as we allow our most vulnerable people to be treated.”