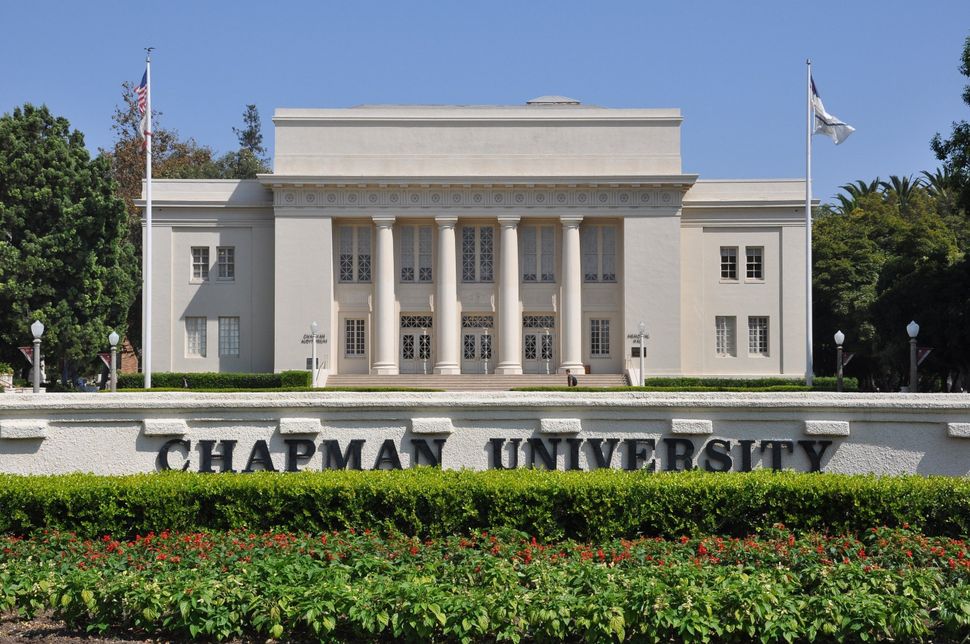 The new school year got off to a rocky start at Chapman University in southern California, where hundreds of stickers publicizing a white supremacist group were posted around campus.

The stickers, found Thursday morning, appeared to be from Patriot Front, the Orange County Register reported.

Featuring a map of the United States and the words “Not Stolen, Conquered,” the stickers were placed over fliers promoting “La Frontera – The Border,” an ongoing series explaining the tense situation at the U.S.-Mexico border through art exhibits, lectures, performances and an upcoming conference.

Patriot Front stickers have been found on various other campuses, including Miami University and nearby Cal State Fullerton.

Chapman’s dean of students and communications office did not respond to the Register’s requests for comment.