Sanders Opens Up About His Judaism — Hebrew School, The Holocaust, And His Dad 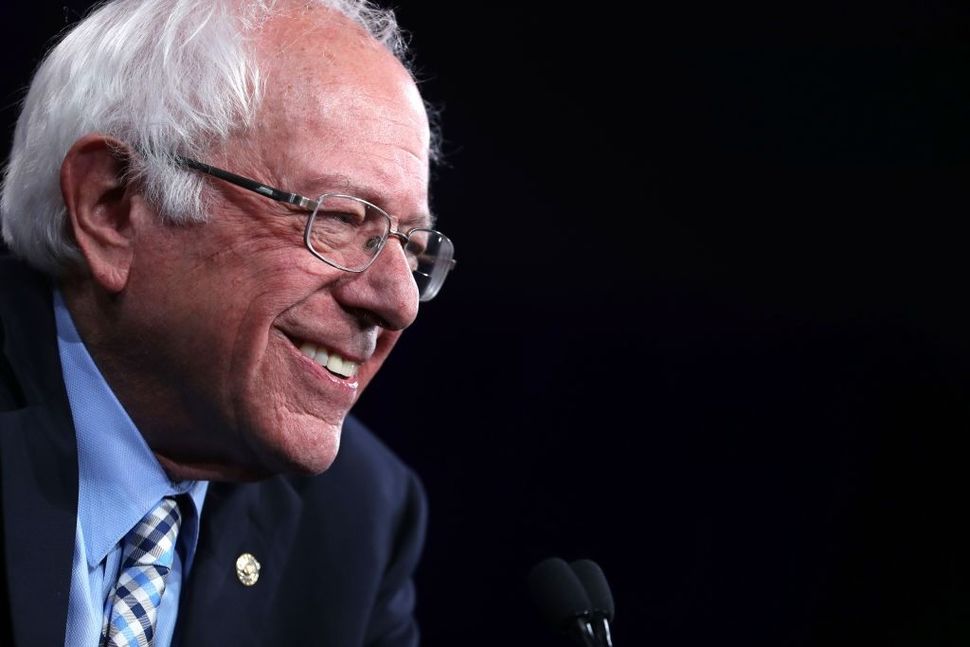 Sen. Bernie Sanders, long reluctant to open up about his personal life, revealed more in an interview with Yahoo News about his upbringing in Brooklyn and his Jewish identity.

Here’s what we learned:

Immigration is personal to him.

Yahoo reporter Hunter Walker showed Sanders the passenger manifest from the Lapland, the ship that Sanders’s father Eli rode on to immigrate from Poland in 1921. Eli’s name on the manifest was Eliasz Gitman; Sanders pointed out that, like many Jewish immigrants, Eli’s name was “changed along the way.”

Sanders said President Trump was trying to “demonize people because they were not born in this country.”

“That clearly is something that I take personally,” he said.

*The Holocaust influenced his life:

Sanders has opened up about his connection to the Holocaust before – most of his father’s relatives were killed. He said it was his biggest influence on how he thinks about immigration.

Sanders had previously rejected Rep. Alexandria Ocasio-Cortez’s comparison between concentration camps and migrant detention centers on the Mexican border. But he did say in his Yahoo interview that there is a “comparison” between Nazi Germany and Trump’s America.

Hebrew school…not so much:

Bernie Sanders and his brother Larry went to Hebrew school in Brooklyn, but the senator said that, like many Jewish children, he didn’t take the experience so seriously.

“I am very proud to be Jewish. … I would tell you that I was not much of a Talmudic scholar,” he said. “I think mostly we were throwing spitballs.”

Sanders said that he learned to read Hebrew but didn’t understand most of what he was reading. “So we did speed reading,” he recounted. “We used to have races reading Hebrew. Unbelievable, but true.”

A bissel of Yiddish:

Sanders said that his family “all spoke Yiddish” in their Brooklyn apartment. “My father learned English … pretty well. He did not have an accent. My grandmother always had a very heavy accent,” he said.

When asked what Yiddish phrase Sanders would use to describe Trump, Sanders laughed and replied: “Oy vey. That’s about it.”

Sanders Opens Up About His Judaism — Hebrew School, The Holocaust, And His Dad