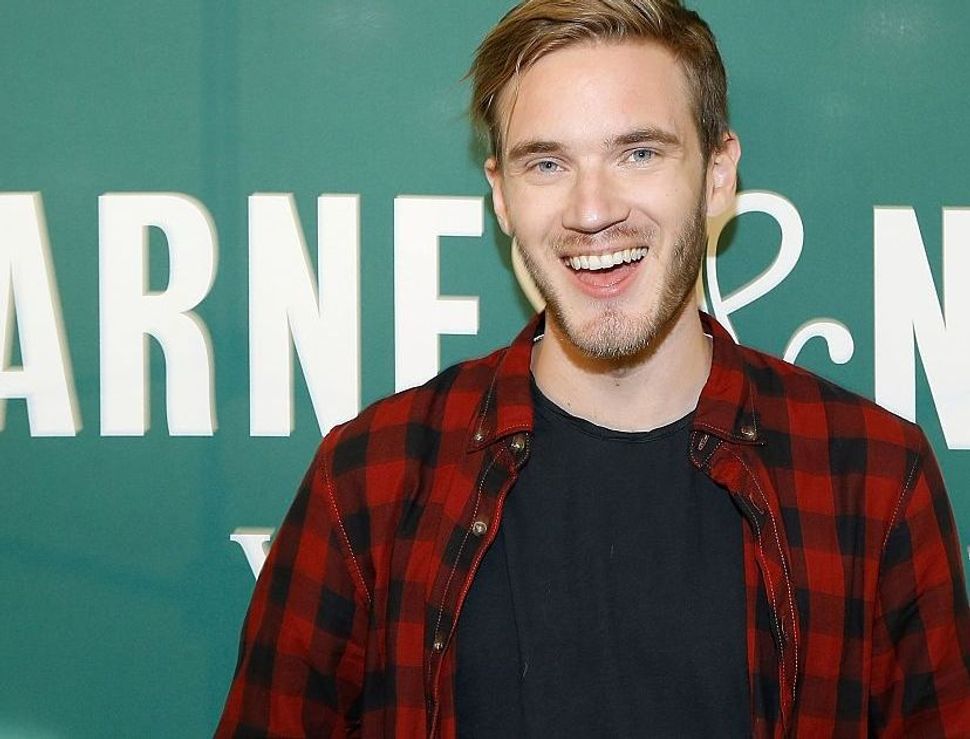 (JTA) — The popular video blogger PewDiePie announced a donation of $50,000 to the Anti-Defamation League, then rescinded it a day later after fan feedback.

PewDiePie, whose name is Felix Kjellberg of Sweden, made the announcement of the donation on Wednesday during an online celebration of surpassing 100 million subscribers, saying he wanted to get past previous “controversies.”

“I made a lot of mistakes on the way but I’ve grown. I feel like I have at least. and I feel like I’ve finally come in terms with the responsibilities I have as a creator. 100 million subs too late,” he said during the announcement, “but, you know.”

Among those were in February 2017, when Disney and YouTube distanced themselves from PewDiePie after he broadcast a video of two South Asian men dressed in green loincloths holding a sign reading “Death To All Jews.” The video was viewed more than 6 million times before it was removed by Google, which owns YouTube. In addition, the shooter in Christchurch, New Zealand, said “Subscribe to PewDiePie” before carrying out his attack last spring.

Among the comments from his followers panning the donation were suggestions that he was blackmailed by the ADL in order to be in good standing again on YouTube and in the media, implying that Jews control the media. They also objected to him giving money to an organization that has criticized him.

In a tweet that has since been removed, but preserved in screenshot, the video blogger said: “Making a donation to the ADL doesn’t make sense to everyone, especially since they’ve outright spoken against me. I think it’s important, this just isn’t my fight anymore.”

PewDiePie said Thursday that he “didn’t know a lot of things that surfaced throughout this whole thing about the charity.”

He said he still plans to donate the money and will take his time deciding.

The ADL said in a statement that it had found out about the donation when it was announced on PewDiePie’s channel and had not received any personal communication from the celebrity.