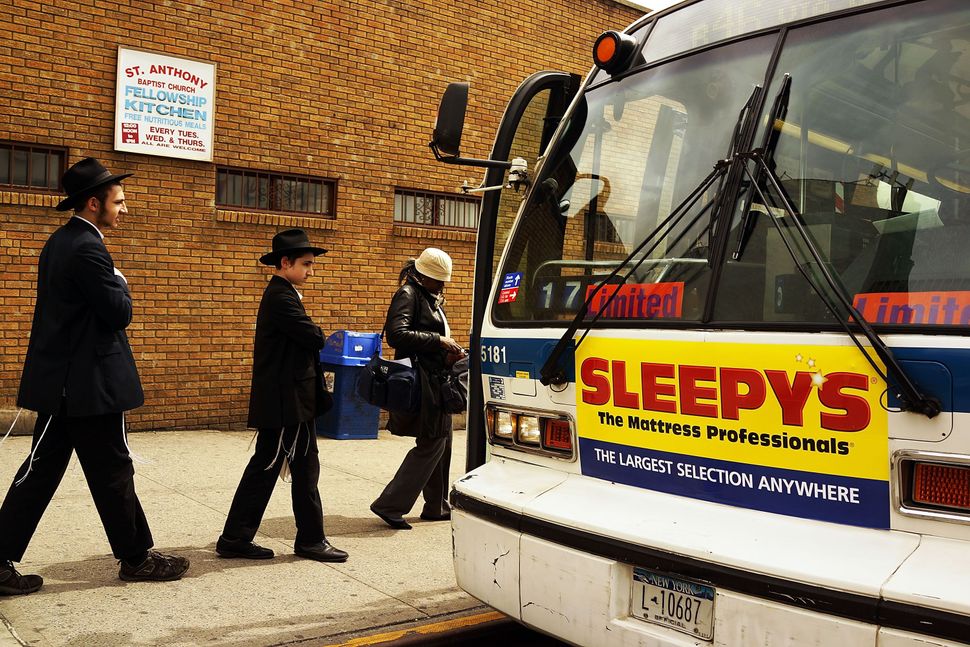 Haredi men board the bus in Brooklyn. Image by Spencer Platt/Getty Images

An ultra-Orthodox man was robbed in Bedford-Stuyvesant on Tuesday night.

The 24-year-old was walking home on Warsoff Place between Flushing and Park Avenues around 9:30 p.m. on Tuesday when he was chased by four men and attacked.

Two of the suspects punched and kicked the man and told him to “give me everything you’ve got.” When the victim threw his cell phone on the ground, the perpetrators took it and threw it down the street, according to police.

The attack is not being considered a bias incident.

The robbery is one of multiple recent attacks on visibly Jewish men in Brooklyn this summer, including three violent incidents in one week in August alone.