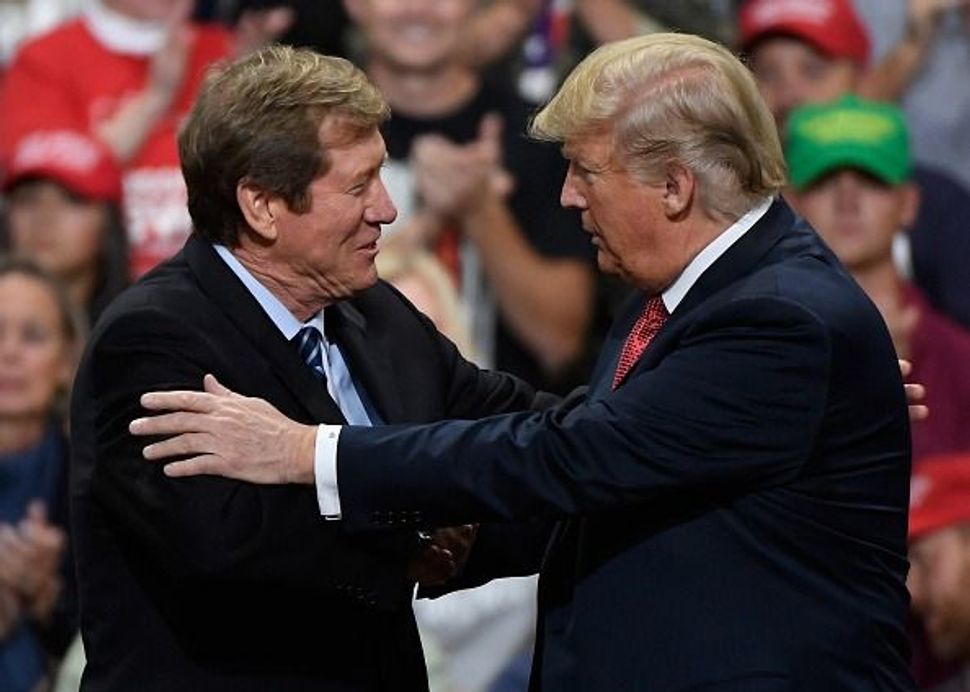 A U.S. Senate candidate once employed an anti-Semitic trope by accusing Republicans of having “dual loyalties” to Israel, CNN reported.

Jason Lewis, a Republican from Minnesota and a former radio talk show host, said on his show in 2013 that the American Israel Public Affairs Committee and a “very strong American Jewish lobby” cared about Israel like it was the “51st state.”

He claimed that the Israel lobby did not control the country but did control the Republican Party.

“The Republican Party is essentially a neo-conservative party that believes on unending support for Israel,” Lewis continued. “A blind loyalty towards Israel is the linchpin of being a good Republican. And when you get those sort of dual loyalties, what happens if it’s not in America’s best interest?”

Lewis also claimed that many dual citizens of Israel and the United States were serving in government. One of them, he said, was John Bolton, at the time best known for serving as President George W. Bush’s ambassador to the United Nations. Bolton is a supporter of Israel but does not have Israeli citizenship.

Lewis became defensive when his commentary resurfaced, telling CNN that their reporting was “pathetic” and attacking “pawns in the partisan media.”

Ironically, Lewis has been a harsh critic of his fellow Minnesotan Ilhan Omar, the Democratic representative who was criticized for her own comments about AIPAC and alleged Jewish dual loyalty.