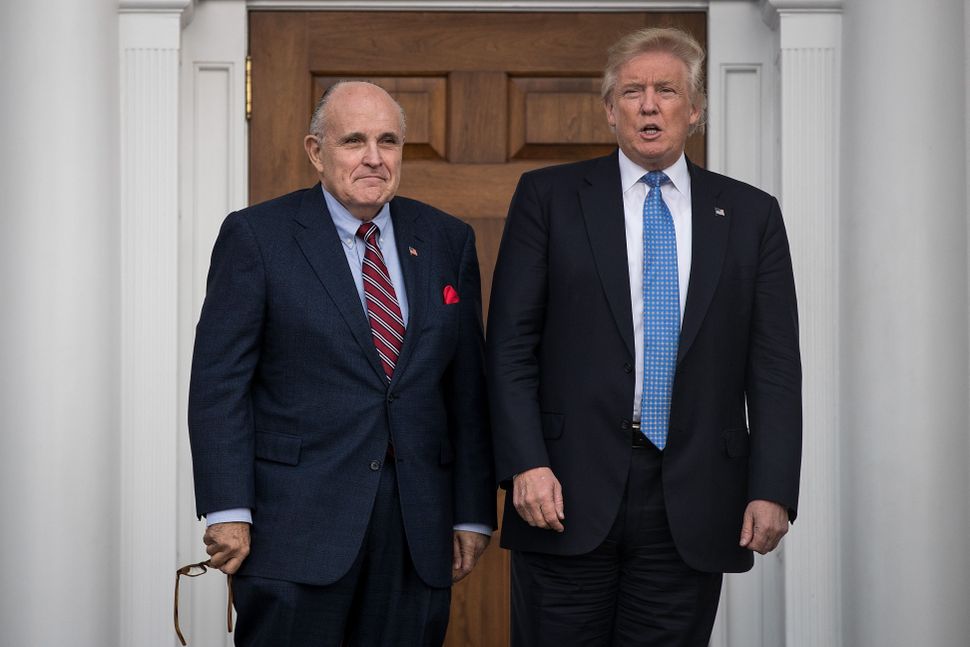 The leader of a national Orthodox group has committed to reviewing the criteria for awards recipients after learning two recent honorees are wanted for questioning in the House’s impeachment inquiry of President Donald Trump.

In March, National Council of Young Israel, an umbrella group for a network of Orthodox synagogues, awarded Lev Parnas and Igor Fruman the “Chovevei Zion Award” at a gala. Parnas and Fruman are Soviet-born emigres living in Florida who became major Republican donors, gaining the attention of the president.

On September 30, the two men received letters from three House Committees “seeking documents and noticing depositions.” Parnas and Fruman, who were referenced – though not by name – in the whistle-blower’s report on Trump’s alleged quid pro quo with Ukraine, are reported to have introduced Trump’s private lawyer, Rudolph Giuliani, to Ukrainian politicians. This led the Associated Press to refer to them as Giuliani’s “Florida fixers.”

Parnas told the Miami Herald he had damning information on Trump’s Democratic rival Joseph Biden and his son Hunter Biden’s dealings with Ukraine and said he thought “it was my duty to hand it over.” There is no evidence that the Bidens are guilty of wrongdoing.

Farley Weiss, president of the National Council of Young Israel’s board of directors, told McClatchy in an email that he was “unaware of any potential issues” with Parnas and Fruman when the organization honored them.

New York gastroenterologist Joseph Frager, the first vice-president of Young Israel, distanced himself from Parnas and Fruman, telling the Herald he was simply cultivating them as donors. Prior to their selection, however, he hosted the two men and Giuliani at his home after the three had made a trip to the grave of the Lubavitcher Rebbe Menachem Schneerson, in Queens, New York, which is called the Ohel.

“They needed a place to go for a light meal afterward,” Frager said. “My home was not far from the Ohel.”

Frager added that Giuliani, Parnas and Fruman were just three in a group of about 20 people eyed for fundraising purposes.

“I am deeply disturbed by what I have been reading,” Frager told the Herald of the developments involving Parnas and Fruman.

In the days leading up to the March gala, 22 member synagogues signed a letter calling in the organization to “immediately cease making all political pronouncements.” Its concern then was support of Israeli Prime Minister Benjamin Netanyahu.

In his email to McClatchy, Weiss, the president, rejected the notion that the organization had become politicized.

“In light of the circumstances, we will enhance our review of honorees at our future dinners,” Weiss wrote. He added that neither Parnas nor Fruman made a donation to his organization.