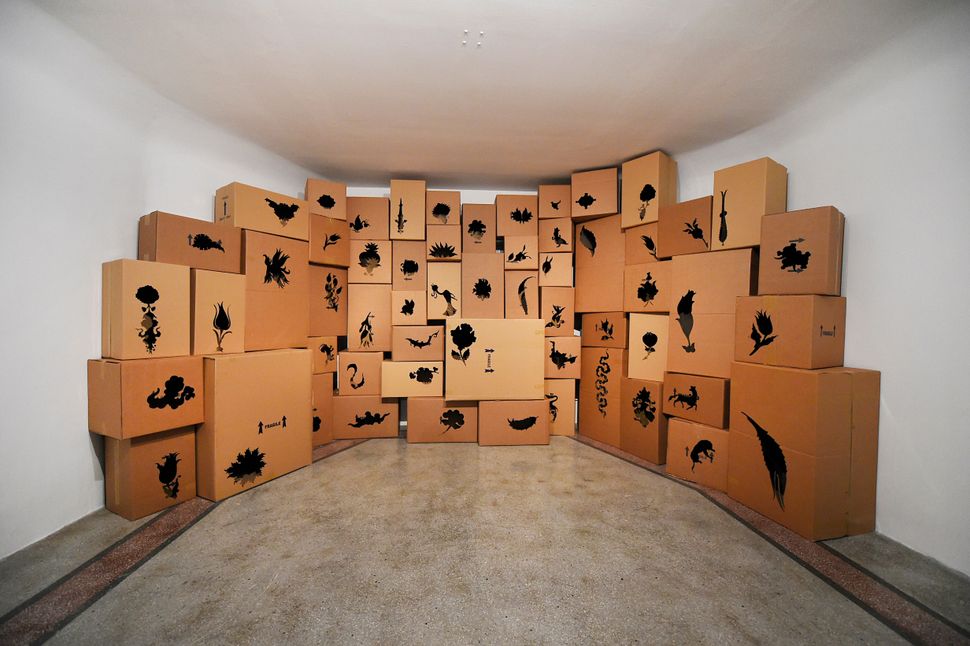 The artwork ‘Another Letter to the Reader’ by Walid Raad

The Germany city of Aachen walked back its support for an award for a Lebanese-American artist over concerns about his stance on the Boycott, Divest and Sanctions movement (BDS) — but he’ll receive the prize anyway, thanks to a defiant art institution.

The artist, Walid Raad, was set to receive a €10,000 prize from the city and a number of co-sponsors, foremost among them the Ludwig Forum of International Art. But as Hyperallergic reported, Aachen’s mayor, Marcel Philipp, announced on September 30 that the Aachen would no longer present Raad with the award over what he called an “evasive” answer given in response to a question from the city about his position on BDS.

BDS is a divisive political issue in Germany, where the parliament voted in May to declare that supporting the movement is anti-Semitic. The decision remains controversial, prompting a high-profile open letter sent in June and signed by 240 Israeli and Jewish scholars, arguing that the resolution would exacerbate anti-Semitism and discredit Palestinians. After the Berlin Jewish Museum shared an article about that letter on Twitter, the museum’s director, Peter Schäfer, resigned under pressure.

Philipp said that Raad’s answer was flippant and did “not do justice to the seriousness of the topic.”

But the Ludwig Forum decided to reject the city’s decision on October 1. The forum’s CEO, Michael Müller-Vorbrüggen, told the German publication Deutschlandfunk that the museum had secured the funds for the prize and planned to award it to Raad without the city’s participation.

Raad was being awarded the prize for his project “The Atlas Group (1989-2004),” a multi-media endeavor that uses manufactured materials from a fictional archive to present an alternate history of Lebanon. In 2014, according to Hyperallergic, Raad signed a public letter urging artists to pull out of the Creative Time exhibit “Living as Form” as if went on display at the Haifa-based Technion Institute; he has no other publicly-known affiliations with BDS.