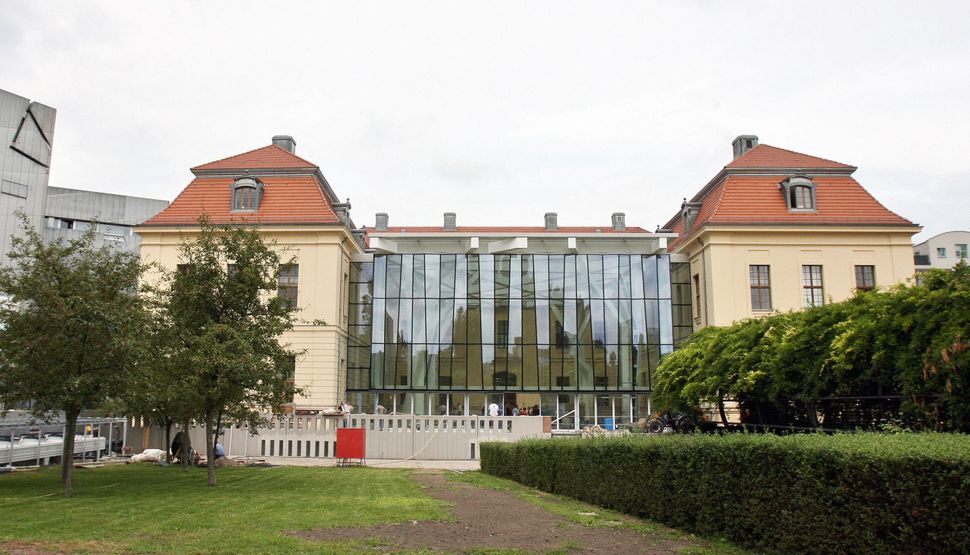 The exterior of Berlin’s Jewish Museum. Image by Getty/BARBARA SAX/Staff

Peter Schäfer, the embattled director of Berlin’s Jewish Museum resigned on June 14 following fresh controversy surrounding his involvement in the boycott, divestment and sanctions dialogue, a source of growing contention in Germany.

Schäfer, a former Princeton professor of Judaic Studies who is not Jewish, was questioned for his leadership in past months. But his resignation was, according to The New York Times, precipitated by a June 6 tweet from the Jewish Museum’s Twitter account linking to an article from a German website that referenced an open letter signed by 240 Jewish and Israeli scholars. The letter, dated June 3, urged German lawmakers to refuse to sign a resolution, introduced May 17, condemning BDS as anti-Semitic.

The post drew criticism and the museum’s Twitter was forced to play defense, claiming that it was attempting to shed light on scholars’ argument that the resolution would not help fight anti-Semitic sentiment, but may in fact end up inflaming it.

To critics of Schäfer and the museum, the tweet was part of a trend of an educational and cultural institution being too politically outspoken. In the past year, Schäfer and the museum where he has served as director since 2014, came under fire for an exhibition on Jerusalem that was criticized in a widely-read published letter for being anti-Israel in its depiction of the Palestinian-Israeli conflict. The letter also claimed the Jewish Museum “often hosts events and discussions with prominent BDS promoters.”

While the letter was unsigned, its argument that Germany should withhold financial support to the museum for the exhibit’s alleged bias had the backing of the Israeli government. Schäfer ignited further controversy in 2018 by inviting a Palestinian scholar to speak at the museum and for giving a personal tour to the cultural director of the Iranian Embassy.

“Enough is enough,” the head of the Central Council of Jews in Germany, Josef Schuster, said in a statement on Twitter June 11. “The Jewish Museum appears to be completely out of control.” Schuster went on to question whether the museum should even continue to call itself Jewish.

Schäfer said he chose to leave immediately in order “to prevent further damage to the museum,” The Times reported, noting that Martin Michaelis, Schäfer’s deputy would fill in for him until a new director was appointed.

Schuster said in a statement to The Times that Schäfer leaving marked “an important step.”