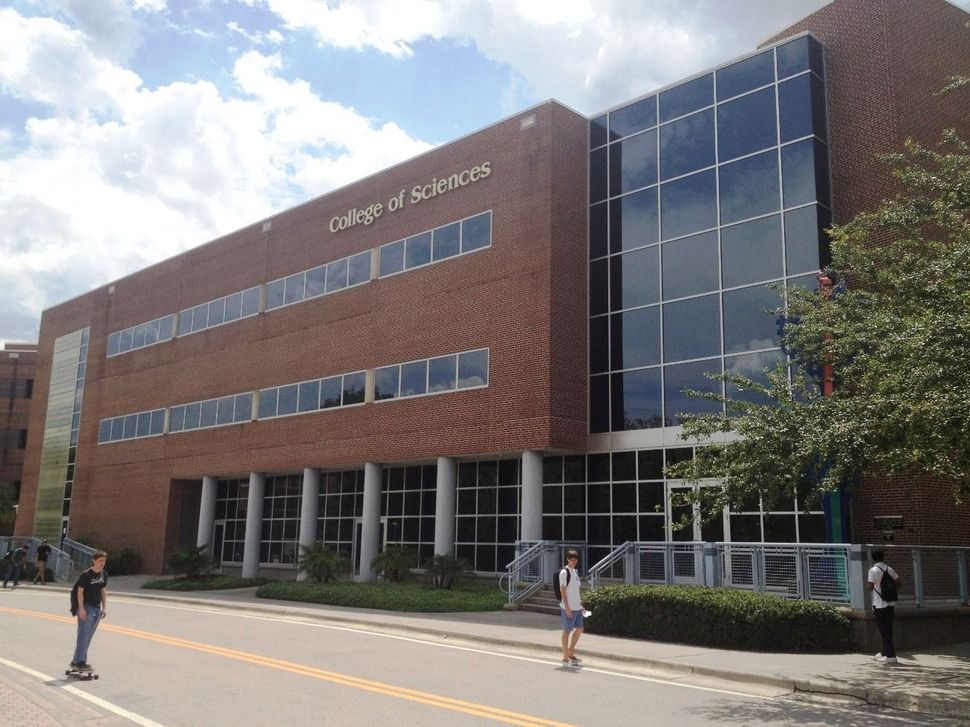 Flyers posted around campus at the University of Central Florida claimed that a recent state law against anti-Semitism would restrict criticism of “the role of Jews in the United States.”

The flyers referred to a state law that was signed in June adopting the State Department’s definition of anti-Semitism for the purposes of determining anti-Jewish discrimination in public schools and universities. The flyer cited some of the law’s definitions, including Holocaust denial and conspiracies about Jewish control of the media, to claim that the measure “attacks the 1st Amendment by controlling what students and teachers, including in public universities, may say about Jews and the Zionist state.”

Despicable fliers were found all throughout @UCF’s campus, calling for legal protection to:

“Criticize the role of #Jews in the United States.”

The flyer was unsigned but concluded with a quote commonly attributed to Kevin Strom, a Holocaust-denying neo-Nazi and convicted child pornographer.

The State Department anti-Semitism definition has been criticized by some because it also includes “double standards” against Israel – which pro-Palestinian advocates claim is a way to stifle legitimate criticism of Israeli policies.

The campus pro-Israel group Knights for Israel said in a Facebook post that the incident was “a disgraceful attempt to hide behind and abuse free speech to be anti-Semitic.”

Earlier this month, the UCF Chabad house was defaced with posters that included swastikas.

UCF, in Orlando, has around 6,000 Jewish undergraduate students, one of the largest college Jewish populations in the country according to the Forward College Guide.