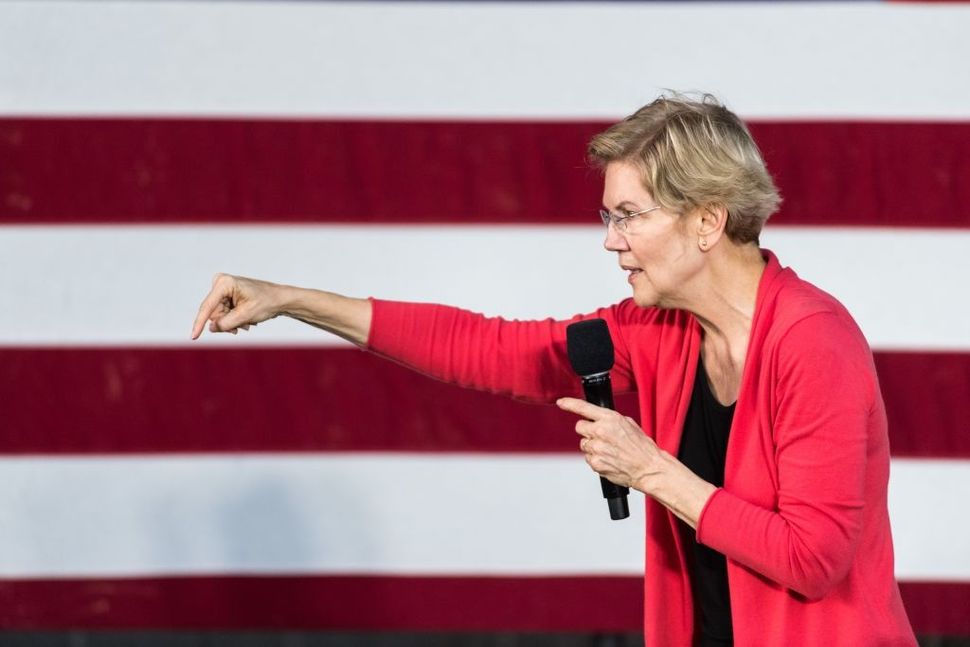 Democratic presidential frontrunner Sen. Elizabeth Warren and billionaire investor Leon Cooperman continued their war of words on Thursday after CNBC reported that the hedge fund guru had written a five-page letter to her criticizing her economic policies.

It started when Cooperman told Politico on October 23 that Warren was too anti-billionaire. “I believe in a progressive income tax and the rich paying more,” he said. “But this is the f—-ing American dream she is s—-ing on.”

“Leon, you were able to succeed because of the opportunities this country gave you,” Warren responded on Twitter later that day. “Now why don’t you pitch in a bit more so everyone else has a chance at the American dream, too?”

Apparently incensed by her tweet, Cooperman composed a letter to Warren complaining that she had “proceeded to admonish me (as if a parent chiding an ungrateful child).” After a page and a half detailing his biography, he complained in detail about her “soak-the-rich” economic policies like a 2% wealth tax, and proposed alternatives.

According to CNBC, Cooperman wrote the letter in order to try to convince voters that Warren’s policies were unsound, and ignored the advice of allies warning him that this would likely only encourage her and reinforce the perception that she is the candidate best-placed to take on the 1%.

“Leon is wrong,” she tweeted in response to the CNBC article. “I’m fighting for big changes like universal child care, investing in public schools, and free public college. We can do all of that with a #TwoCentWealthTax. Leon can and should pitch in more—so that every kid has the same opportunities he did to succeed.”

Cooperman, a major donor to Jewish causes, has been vocal about what he sees as the economic danger of a Bernie Sanders presidency – so much so that Sanders listed him as one of 13 billionaire “anti-endorsements.”