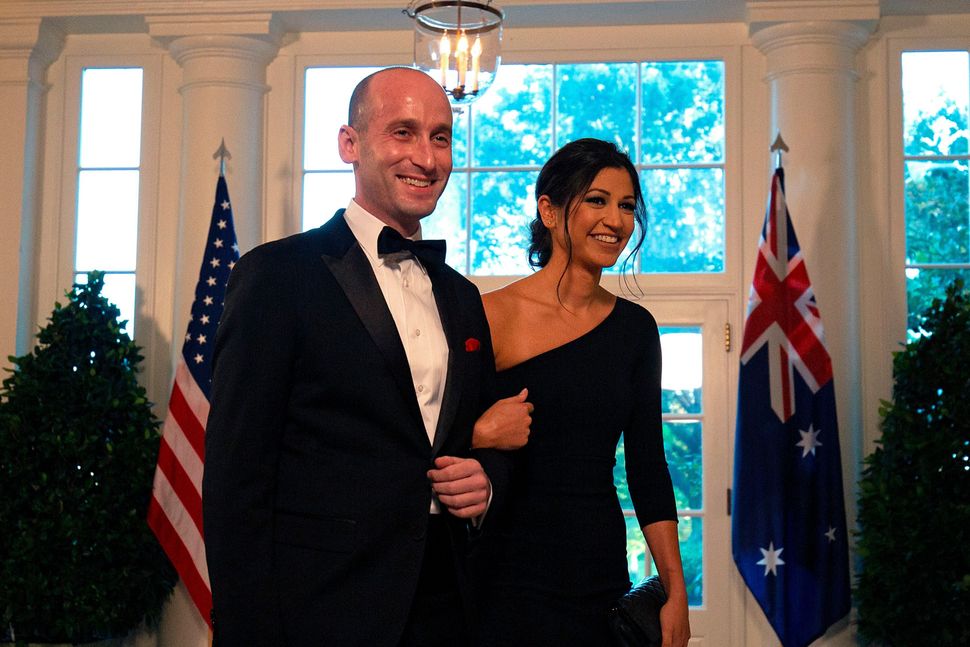 Before that, she worked as the communications director for Sen. Martha McSally (R-Ariz.), and before that as deputy press secretary for the Department of Homeland security. In that role, she frequently defended Donald Trump’s border policies, including the border wall, separation of migrant children from their families and putting active duty military personnel on the border. Those policies, in many cases, were introduced or championed by Miller, who has made immigration his signature issue.

Miller, 34, is Jewish and the descendant of Jewish immigrants who came to the U.S. around the turn of the 20th century.