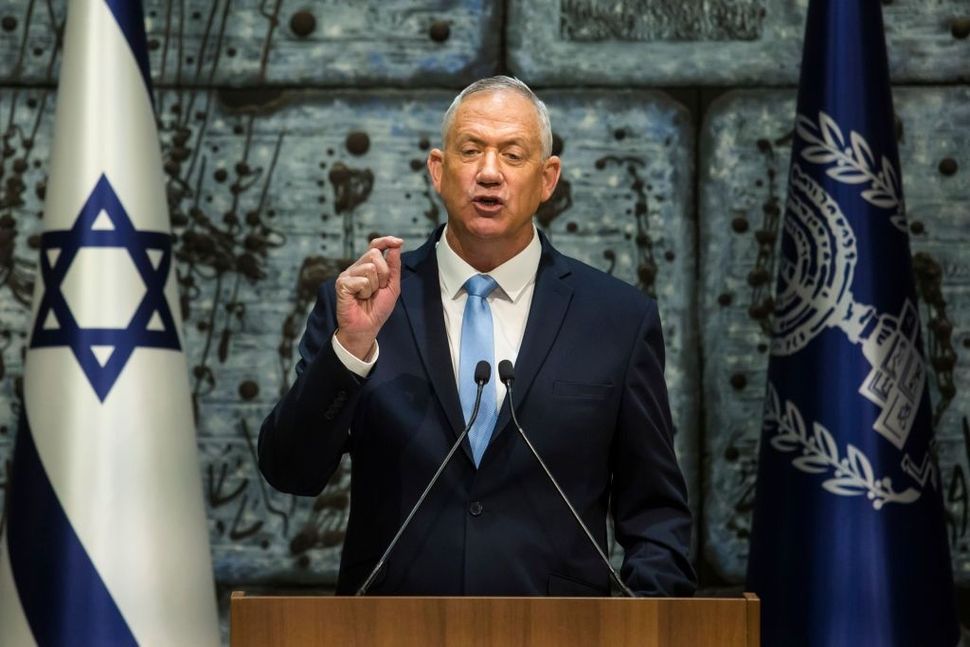 Gantz made the announcement on Wednesday evening, about four hours before his mandate to form a government was scheduled to expire at midnight.

Gantz spent the last 28 days trying to cobble together a coalition government after Prime Minister Benjamin Netanyahu failed to do so. Netanyahu was first tapped to try to assemble a government following the September national elections.

Israeli lawmakers now have 21 days to identify another lawmaker to try and form a government. The signatures of 61 lawmakers are required to charge another person with the opportunity.

Failing that, Israel will go to its third elections in less than a year, which would be scheduled for the first half of March.

Gantz said that he will continue his efforts over the next 21 days “to form a good government for the citizens of Israel,” according to a party statement.

Earlier in the day, Yisrael Beiteinu Party leader Avigdor Liberman, whose eight Knesset seats both Gantz and Netanyahu would need to form a government, announced that he would not join either a narrow right-wing or a narrow left-wing government. Liberman is holding out for a secular unity government without the religious and haredi Orthodox parties and without the Joint List of predominately Arab parties.