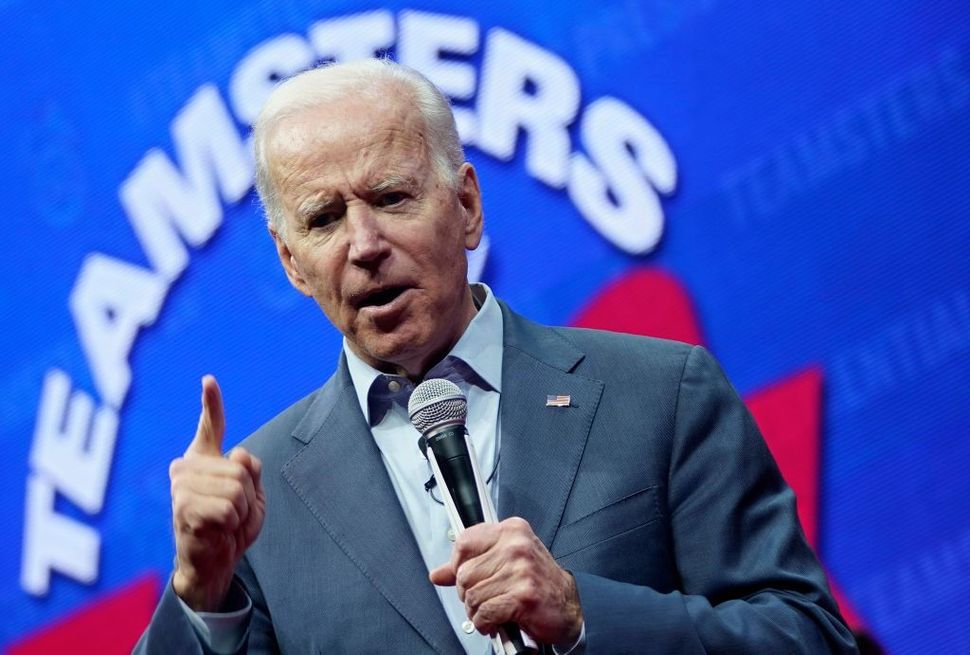 (JTA) — Joe Biden told voters in Iowa that support for withdrawing military aid from Israel over its interactions with the Palestinians is “bizarre.”

Biden was attacking Sen. Bernie Sanders, a fellow Democratic candidate for the 2020 presidential nomination in 2020, and others.

“In terms of Bernie and others who talk about dealing with Zionism, I strongly support Israel as an independent Jewish state,” Biden said during a question-and-answer session with voters in rural northeastern Iowa, The Associated Press reported.

“The idea that I’d withdraw military aid, as others have suggested, from Israel, is bizarre. I would not do that. It’s like saying to France, ‘Because you don’t agree with us, we’re going to kick you out of NATO.”

Sanders has said he would “absolutely” leverage the $3.8 billion in annual military assistance from the United States to Israel to pressure the Israeli government to act differently.

Biden has called Prime Minister Benjamin Netanyahu’s actions regarding the Palestinians “counterproductive,” and also called the Israeli leader an “extreme right” government official. He also has accused Palestinian leaders of instigating hatred against and attacks on Israelis.