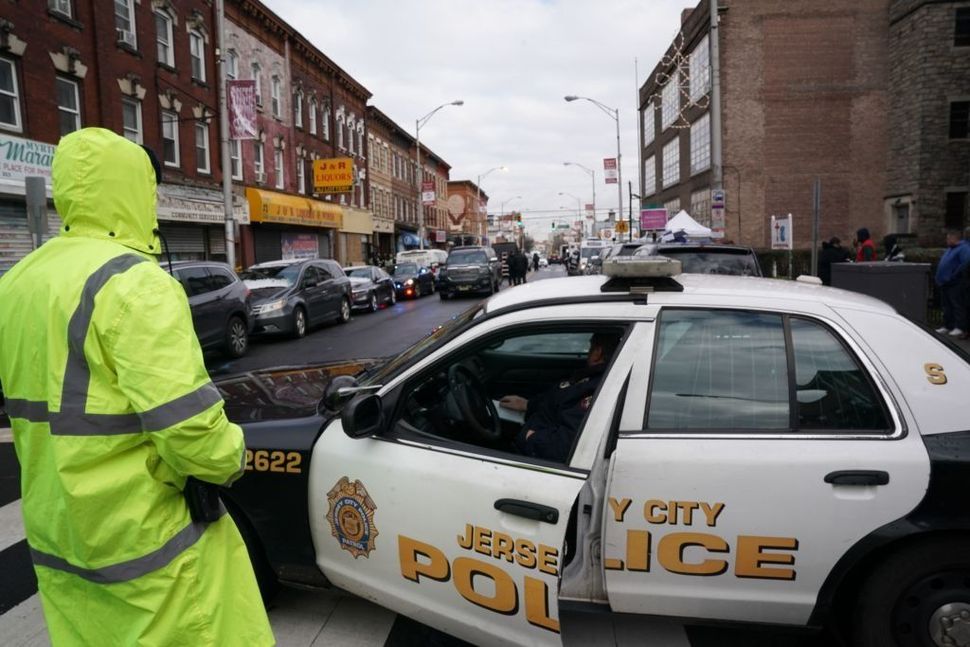 Jersey City police gather at the scene of the December 10, 2019 shooting at a Jewish supermarket on December 11, 2019 in Jersey City, New Jersey. Image by BRYAN R. SMITH/Afp/AFP via Getty Images

Five people, including the two assailants, were killed in the shooting at the JC Kosher Supermarket. A police officer was killed in a shootout with the two alleged perpetrators prior to them fleeing and arriving at the grocery store.

Jersey City Mayor Steven Fulop tweeted on Wednesday that the two suspects had “targeted” the store. One of them is reportedly a former adherent of the Black Hebrew Israelite movement and had written anti-Semitic social media posts.