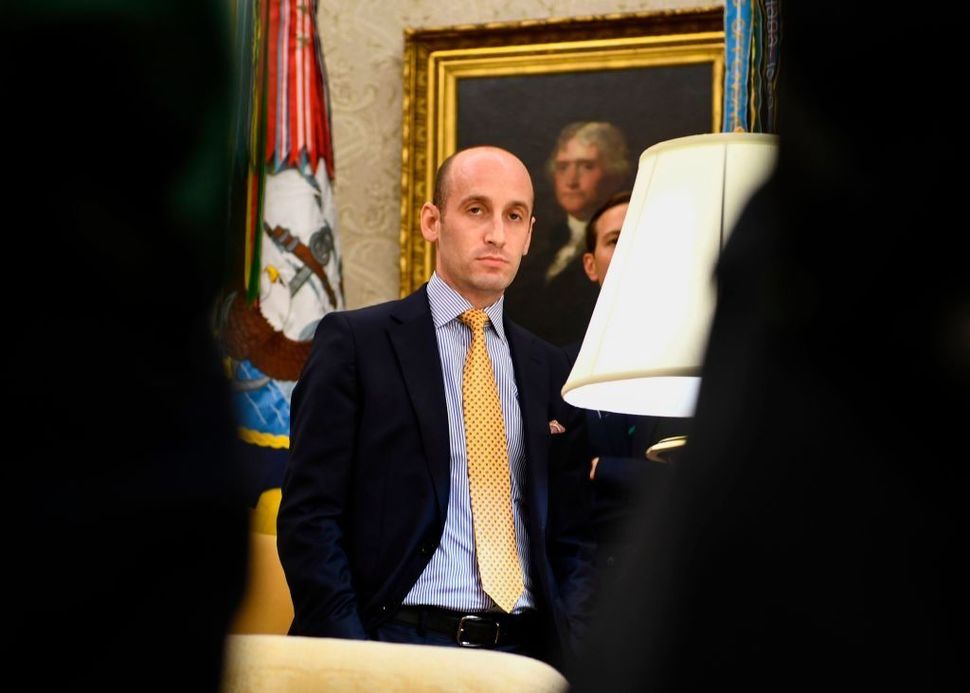 A Jewish teenager working on a school project about her ancestors discovered that she is related to White House senior advisor Stephen Miller – and wrote an op-ed in the Orlando Sentinel condemning him.

Georgia Bernbaum was doing a school project about Fannie Nisselbaum, her great-great-great-aunt who had immigrated to the United States from a village called Antopol in what is now Belarus. Bernbaum discovered that Fannie had married her cousin Nathan Glosser, an ancestor of Miller’s mother.

“Today, I am also criticizing Stephen Miller’s hypocrisy, promoting white supremacists when he does not meet their definition of white,” Bernbaum wrote. “Amidst news reports of calls for Miller’s resignation, I am instead asking that he remember his family’s history.”

Bernbaum noted that while Miller’s branch of the Glosser family left Antopol at the turn of the century, several of Fannie’s relatives did not. Those relatives were murdered in the Holocaust.

“Spurred by politicians and felt by minorities, white supremacy has become normalized,” Bernbaum wrote. “As a result, antisemitism is resurfacing. According to the FBI, hate crimes against Jews rose 60% last year. Stephen Miller seems to have forgotten the roots from which his family tree grows. Or, perhaps Stephen Miller thinks he will be safe from the growing hate and violence against Jews, for his family has lived in America for generations. That is what my family in Antopol thought, too. They all died.”

You can read the full op-ed here.