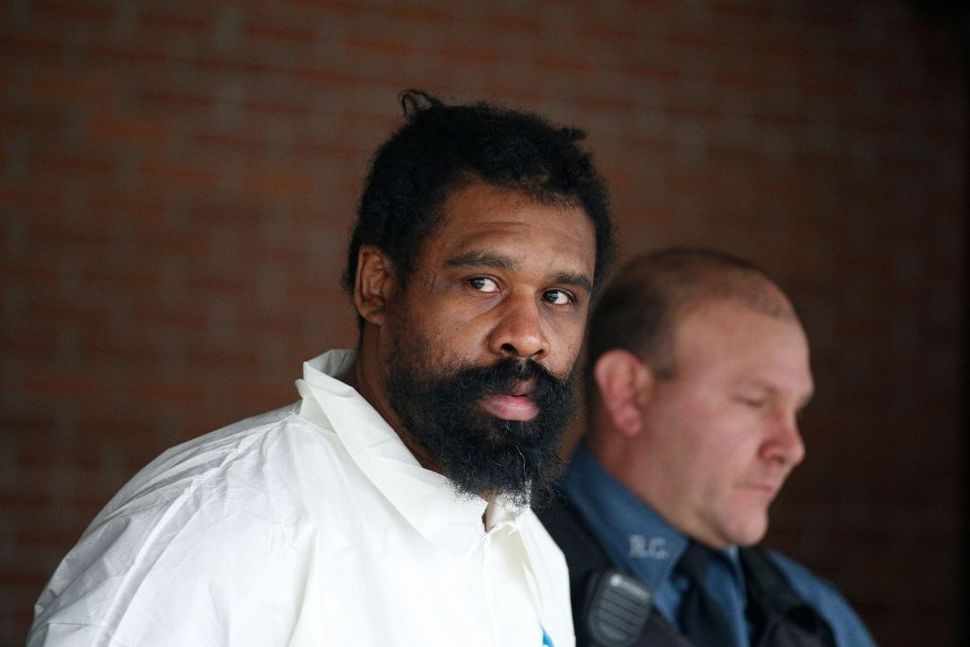 The man accused of stabbing five Jews at a Hanukkah house party in Monsey, New York once volunteered helping Orthodox Jews operate electrical equipment that they were forbidden from touching on Shabbat, his mother told the New York Post on Wednesday.

Grafton Thomas, who grew up in the heavily Jewish neighborhood of Crown Heights, Brooklyn, would turn off lights on Fridays for a Jewish family that lived there, his mother Kim told the Post. Sue also claimed that he was greeted warmly by local Jews who recognized him whenever he returned to the neighborhood. “If he goes down there, anyone that sees him on the block, in the neighborhood, hugs him, welcomes him,” she said.

Several longtime Jewish residents of the block where Thomas grew up told the Post that they didn’t remember him, however.

Grafton Thomas’s mother and lawyers claim that he has long suffered from schizophrenia and other mental illnesses, and say that explains the swastika and references to Adolf Hitler that were found in one of his journals. Prosecutors have charged Thomas with a hate crime, citing his journals among the evidence.

Thomas’s mother and pastor have said that they tried to get him institutionalized this year in order to help him after he was arrested for menacing a police officer. But according to Kim Thomas, when she called 911 asking mental health workers to respond, armed police came instead. And while they were there, they accused him of threatening them with a knife.

“He got no help. They treated it as a criminal case and that was it,” she told the Post.

Investigators are also looking into the possibility that Thomas was involved in an unsolved stabbing from November in Ramapo, according to ABC.