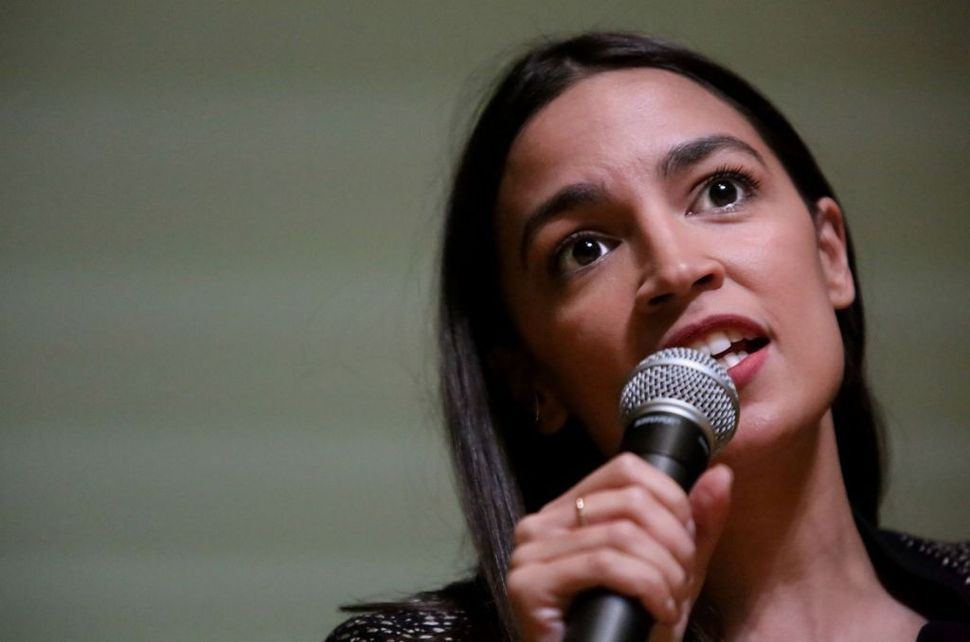 Rep. Alexandria Ocasio-Cortez will be among many elected officials attending a massive rally against anti-Semitism in New York on Sunday.

A staffer for Ocasio-Cortez confirmed to the Forward that she planned to attend the “No Hate. No Fear.” march, which was organized by local Jewish organizations after a spate of violent anti-Semitic attacks in Brooklyn and Monsey, New York over Hanukkah.

Ocasio-Cortez is a controversial figure among some in the Jewish community because of her harsh condemnations of Israeli government policies and her support for cutting or putting conditions on military aid to the Jewish state. Ocasio-Cortez received both criticism and praise from Jews last summer for her comments comparing migrant detention centers on the Mexican border with Holocaust concentration camps.

Ocasio-Cortez represents portions of the Bronx and Queens in Congress. Jerry Nadler and Max Rose, two other members of Congress who represent portions of the city in Washington, will also be attending, their staffers confirmed to the Forward. (Nadler and Rose are Jewish.) New York mayor Bill de Blasio has also said he will attend.