Ocasio-Cortez: Cutting Aid To Israel Is ‘Certainly On The Table’ 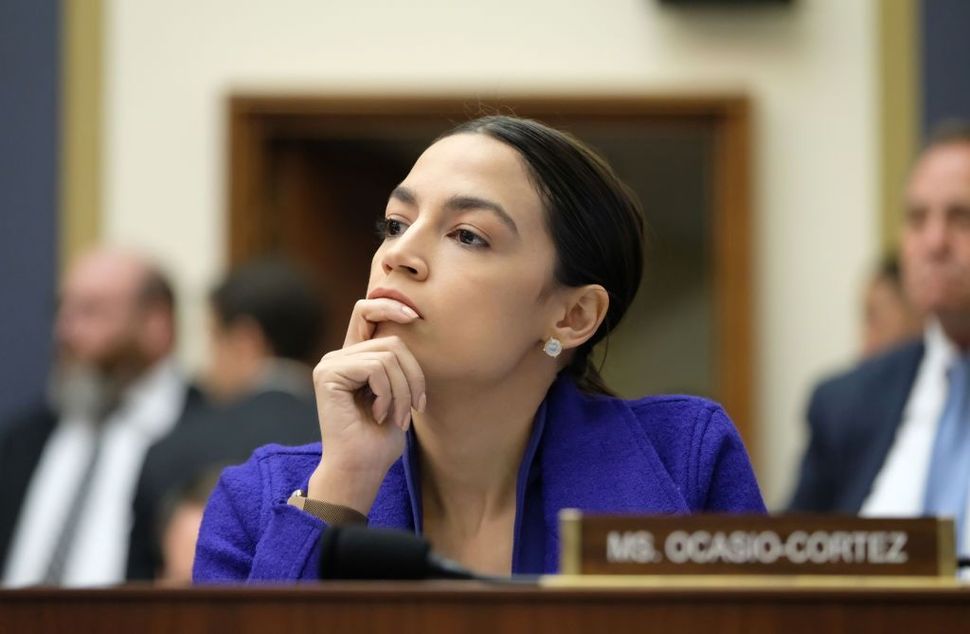 Rep. Alexandria Ocasio-Cortez said in an interview with Yahoo News on Sunday that Israeli Prime Minister Benjamin Netanyahu is a “Trump-like figure” who is part of “the ascent of authoritarianism across the world.”

Speaking to Yahoo’s Skullduggery podcast, the freshman Democrat from New York said that Netanyahu’s pre-election pledge last week to annex the West Bank should affect American policy towards the Jewish state, and that there are “conversations happening in our caucus.”

When asked if she would support reducing American military aid to Israel, Ocasio-Cortez replied, “I think it’s certainly on the table….I hope to play a facilitating role in this conversation and a supportive role in this conversation. But I also know that there have been people leading on this for a long time, like Congresswoman [Betty] McCollum.”

McCollum, a 10-term Democrat from Minnesota, introduced a bill in 2017 to prevent American aid to Israel from being used to detain Palestinian children that received 30 Democratic co-sponsors. McCollum also said in 2018 that Israel’s Nation-State Law was “apartheid.”

Ocasio-Cortez received some criticism during her upset 2018 primary campaign victory after she described the deaths of Palestinians on the Gaza border as a “massacre.” But she seemed to backtrack when interviewed by PBS after her primary, telling Margaret Hoover that she planned to “learn and evolve on this issue” and that she was not “the expert on geo-politics on this issue.”

President Obama agreed in 2016 to a 10-year, $38 billion military aid deal with Israel, but the deal has not yet been approved by Congress.

Ocasio-Cortez: Cutting Aid To Israel Is ‘Certainly On The Table’