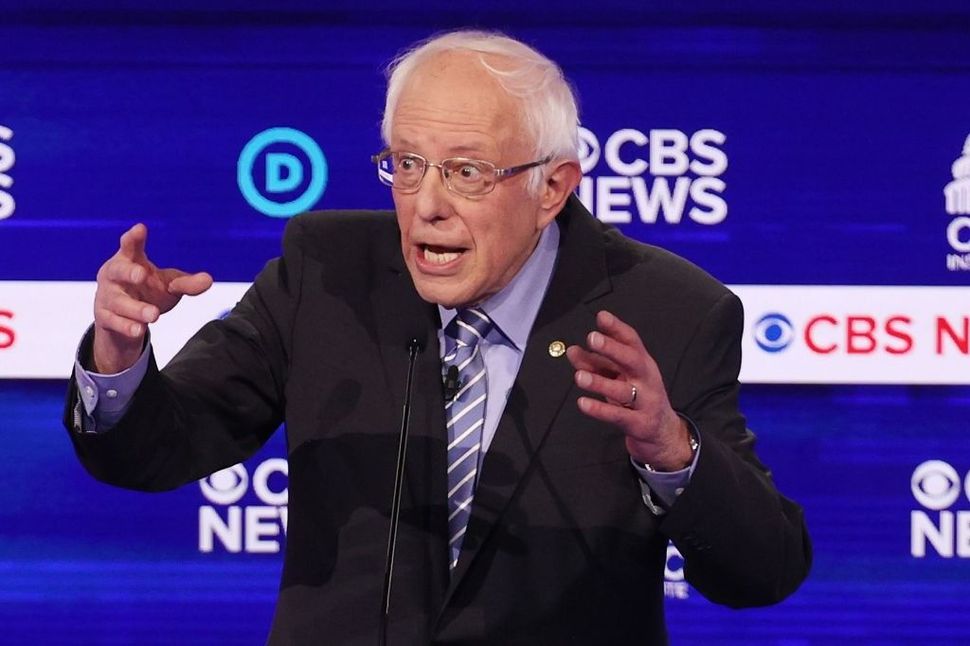 Sen. Bernie Sanders of Vermont and former New York City Mayor Mike Bloomberg, both of whom would be the first Jewish president of the United States, presented contrasting views on Israel during a portion of the Democratic presidential debate in South Carolina on Tuesday.

CBS reporter Major Garrett pointed out that Sanders would be the first Jewish president but had upset some Jews when he had decided to boycott the AIPAC Policy Conference. “What would you say to American Jews you’re not, from their perspective, supportive of Israel’s perspective?” Garrett asked.

“I am very proud of being Jewish,” Sanders said. “I actually lived in Israel for some months. I happen to believe that right now, sadly, tragically, in Israel, through Bibi Netanyahu, you have a reactionary racist who is now running that country. And I happen to believe that what our foreign policy in the Mideast should be about is absolutely protecting the independence and security of Israel. But you cannot ignore the suffering of the Palestinian people.”

Which is a more telling sign of the sad times we live in: Sanders calling the Prime Minister of Israel a “reactionary racist” in a nationally televised Democratic debate or no one uttering a word in protest? Netanyahu sowed the wind but Israel will be reaping the whirlwind.

Sanders called for a two-state solution, and so did Bloomberg: “The real problem is that you have two groups, who both believe God gave them the same piece of land,” he said.

A Sanders supporter excoriated Bloomberg for his choice of words:

Bernie: “you cannot ignore the suffering of the Palestinian people”

only one of these candidates represent my jewish values, and it’s the one who believes in human dignity and justice.

Sanders said last week that he would not attend the gathering of pro-Israel advocates, saying he was “concerned about the platform AIPAC provides for leaders who express bigotry and oppose basic Palestinian rights.”

Bloomberg, who will be attending the conference, did not mention Sanders’ boycott in his response, but a few minutes later, his campaign published a tweet calling Sanders’ decision “offensive, divisive and dangerous to Israel.”

To characterize AIPAC as a racist platform is offensive, divisive, and dangerous to Israel – America’s most important ally in the Middle East – and to Jews.

How can Bernie profess he’s the path to unity when he’s already managed to polarize a people and a party?#DemDebate