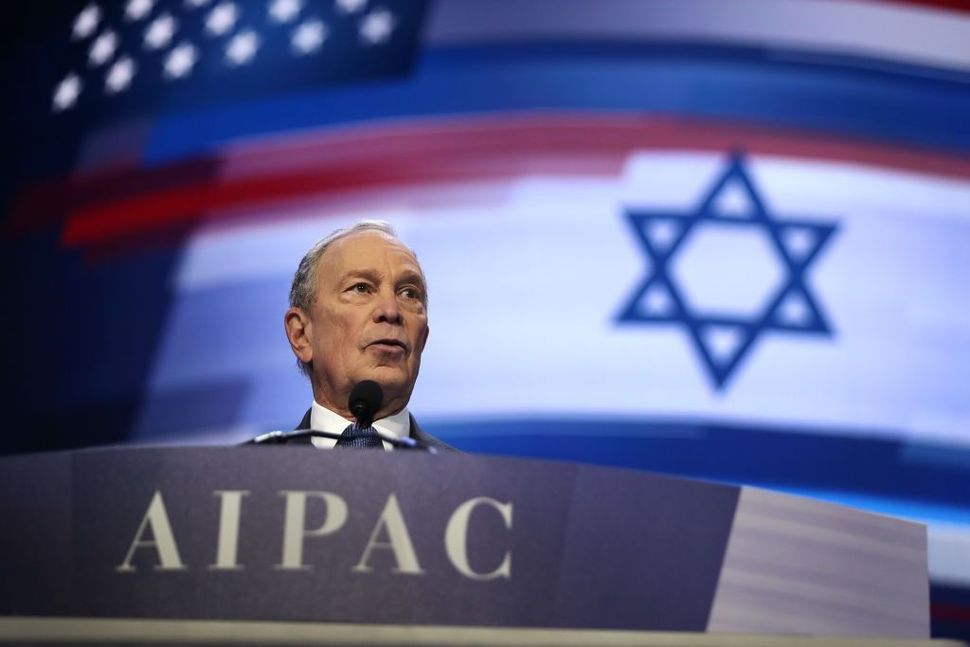 “Senator Sanders has spent 30 years boycotting this event,” Bloomberg, the former New York mayor, said of his rival in the race for the party’s nomination. “And as you’ve heard by now, he called AIPAC a racist platform. Well he’s dead wrong.”

The Vermont senator, who is boycotting this year’s event over what he says are concerns that AIPAC provides a “platform” for “leaders who express bigotry and oppose basic Palestinian rights,” has attended previous AIPAC conferences.

Sanders fought to speak at the policy conference in 2016 during his last run for the Democratic presidential nomination, but the American Israel Political Affairs Committee would not accommodate his request to speak remotely from the campaign trail. The Israel lobby had extended that courtesy to candidates in 2012 and did so this year.

Bloomberg also said he would “never impose conditions on military aid” to Israel “no matter what government is in power.” That appeared to be a reference to pledges by Sanders and Massachusetts Sen. Elizabeth Warren, who have said they would condition aid.

Bloomberg also alluded to but did not name President Donald Trump toward the end of his speech when he referred to the dangers in the rise of anti-Semitism and other bigotries.

Anti-Semitism “can be found both on the right and the left,” Bloomberg said, “but there is one fact that we cannot ignore: Presidential leadership matters. It sets a tone. It is either inclusive or exclusive, divisive or uniting, incendiary or calming.”