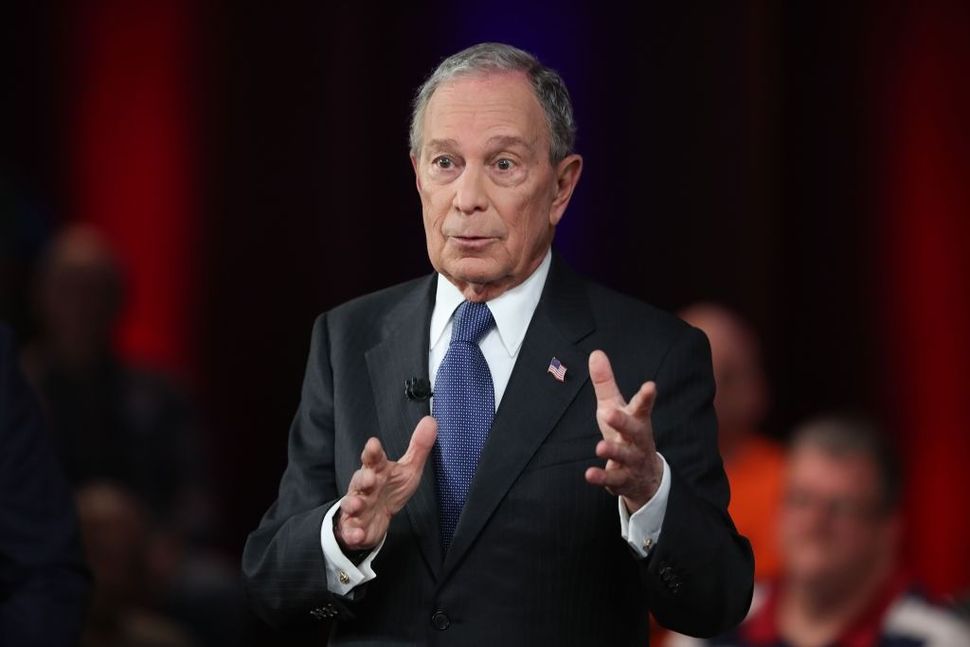 Former New York City Mayor Mike Bloomberg said Tuesday that he had no intention of dropping out of the Democratic presidential primary and endorsing former Vice President Joe Biden, saying that Biden was “taking votes away from me.”

Speaking at a press conference in Miami, Bloomberg was asked about former rivals who had dropped out and endorsed Biden because they didn’t want to split votes with him. Bloomberg responded that Biden was in fact splitting votes with him, and that he had no intention of dropping out. “It goes in both directions,” he said. “Have you asked Joe if he’s going to drop out?”

After the first four contests, Biden is in second place in the delegate race, whereas Bloomberg has not yet appeared on a primary ballot.

Bloomberg also said that he did not expect to win any states on Super Tuesday, noting that the race is about accumulating delegates, rather than notching state-wide victories. Asked about a possible contested Democratic National Convention, Bloomberg responded, “I don’t think I can win any other way.”

Fifteen states and territories will be voting on Super Tuesday. Bloomberg is campaigning this week in states like Florida that will hold their primary contests later in March.