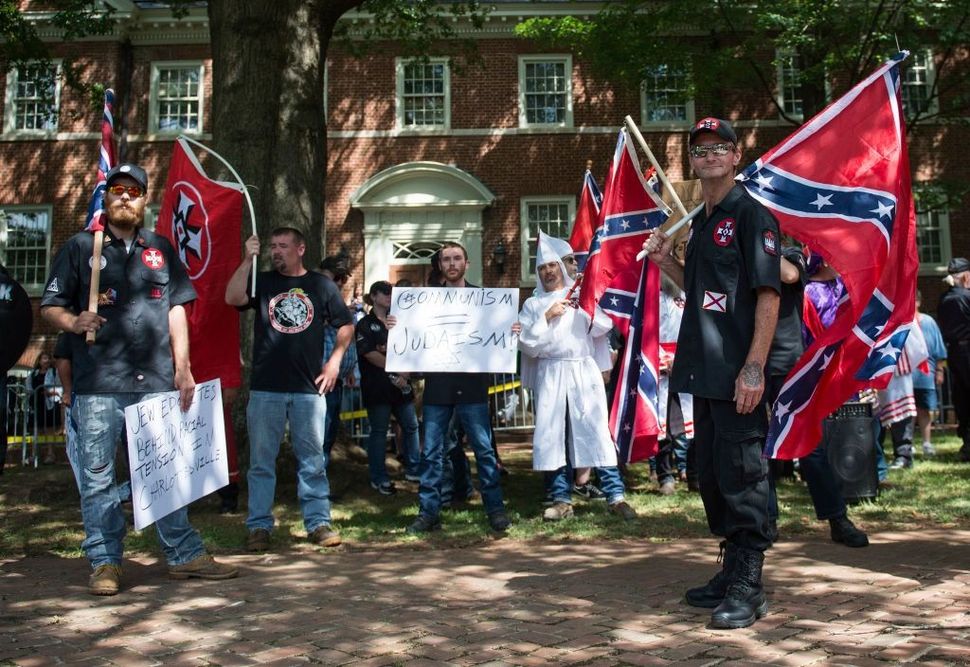 (JTA) — The mayor of Newark plans to ask the city council to approve an ordinance declaring white supremacist groups to be terrorists and ban them from the city.

Mayor Ras Baraka announced Friday that he would seek to have the city establish a database of existing American hate groups and outlaw any actions they seek to conduct in the city. Hate groups would be defined as any that “vilify entire groups of people based on immutable characteristics such as race or ethnicity,” and would include Nazi groups, white supremacists and the KKK.

“For this country to heal, we must begin to legally challenge the insidious and dehumanizing tenets of white supremacy, once and for all. We must stand up forcefully against racism and have the courage to take on the legal challenges an ordinance such as this will attract,” Baraka said in a statement.