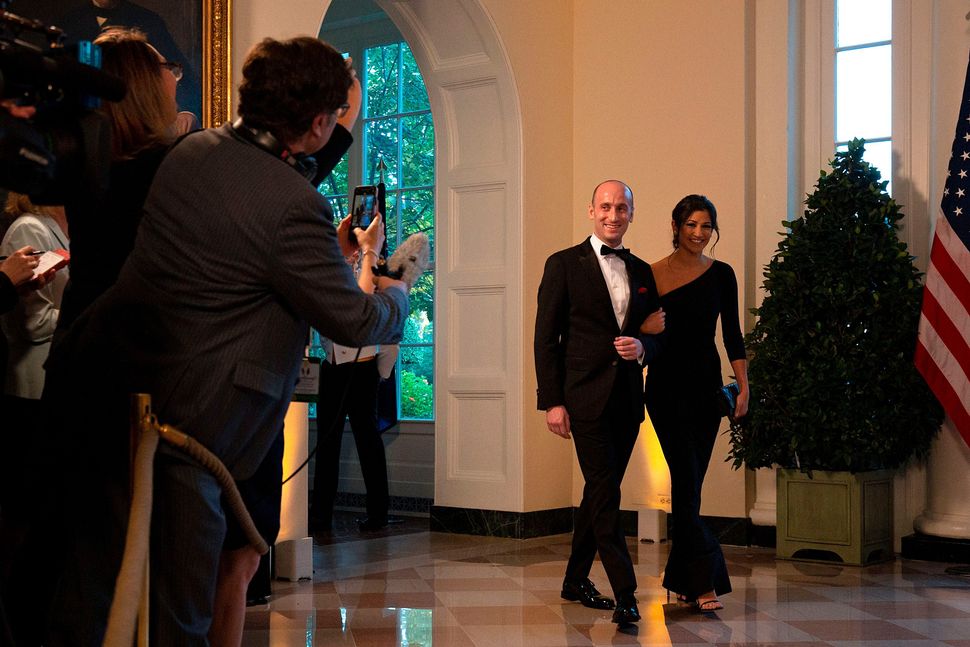 A new book claims that Katie Miller, Mike Pence’s press secretary and the wife of Stephen Miller, felt no compassion for the migrant families separated at the border.

“My family and colleagues told me that when I have kids I’ll think about family separation differently,” Miller (then going by her maiden name, Waldman) is quoted in Jacob Soboroff’s book “Separated.” “But I don’t think so.”

The conversation occurs towards the end of the book, in which Miller features as Soboroff’s entree into family detention centers.

In one instance reported in the book, Miller urges a career government administrator to tell Congress “‘There’s no reason to think, or way to know, that separations were harmful to children.’” (When he refused, saying he would perjure himself, Miller allegedly accused him of being a “bleeding-heart liberal.”)

When Soboroff and his MSNBC colleague Katy Tur met Miller for dinner in 2018, the occasion where she doubted how motherhood might temper her views, Miller said that “DHS sent me to the border to see the separations for myself — to try to make me more compassionate — but it didn’t work.”

Soboroff, who saw the fallout of these separations firsthand, was in disbelief and asked Miller if she was a “white nationalist.” Miller said no “but I believe if you come to America you should assimilate.”

Tur excused herself to go to the bathroom, at which point Miller leaned in and, in a hushed tone asked Soboroff “You know who I’m dating, right?”

“We all know,” Soboroff replied. (Hint: It was her current husband.)

Speaking to the Forward, Soboroff said that Miller and Nielsen did not show public remorse for the policy of family separation, which affected over 5,000 children.

“On one hand it’s mind-boggling,” Soboroff said. “On the other hand, from day one, when I first came face to face with Stephen Miller, that’s the tone and the intentions that they said that they had for migrants who come to the United States.”