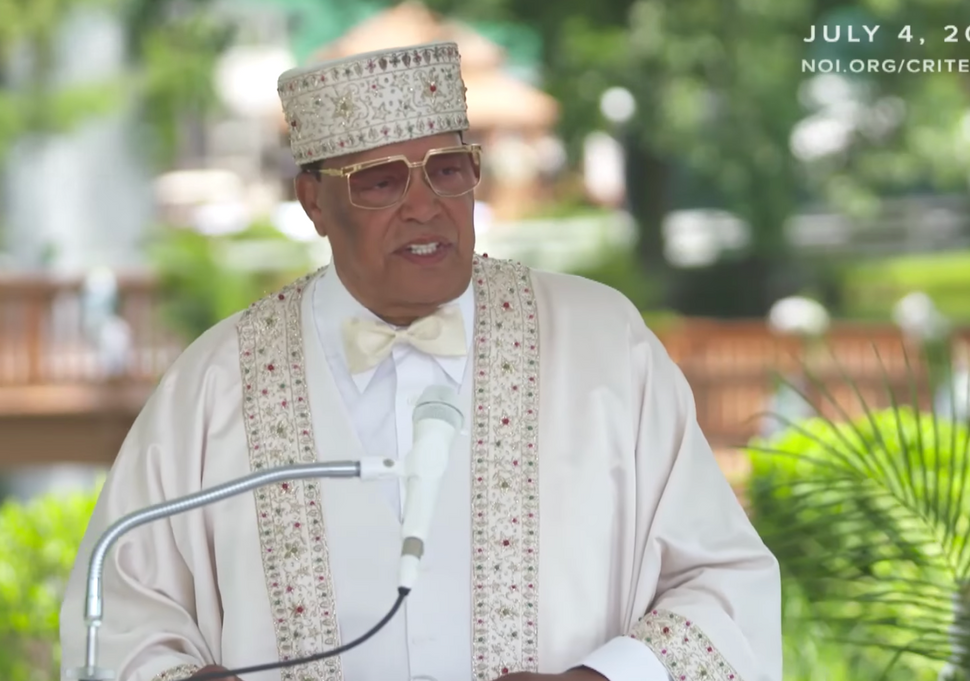 Among those in attendance included actor Nick Cannon and former NBA basketball player Stephen Jackson, both of whom had been criticized in the past week for making anti-Semitic statements, as well as music artists TI, 2Chainz, Rick Ross, Jay Electronica, Stephanie Mills and Syleena Johnson.

Farrakhan’s Independence Day speech – which he had described as his “message to America” – had been scheduled to be broadcast on the Fox Soul streaming network until the company cancelled its airing following an online uproar. In his speech, which was still carried on the Nation of Islam’s various platforms, Farrakhan described Jews as “Satan” and the “enemy of God.” The speech has been seen 1.2 million times on YouTube, according to the ADL.

“To the members of the Jewish Community: You must turn away from the Talmud and embrace the Torah and stop doing evil to those whom you believe are less than yourself and justifying it by the Talmud.”~Minister @LouisFarrakhan (7/4/2020)https://t.co/zcOrDDSOAM#Farrakhan pic.twitter.com/QsFMydtX56

In the days following the speech, Jackson was criticized for supporting Philadelphia Eagles wide receiver DeSean Jackson after the football player posted Instagram messages praising the Farrakhan speech and publicizing an anti-Semitic quote falsely attributed to Adolf Hitler. Cannon, who hosts “Wild ‘n Out” for VH1, was fired by parent company ViacomCBS on Tuesday after refusing to apologize for having made anti-Semitic statements on an episode of his podcast that was recorded a few days before the Farrakhan speech.

Rapper TI and his wife, singer-songwriter Tiny Harris, praised Farrakhan’s speech in an interview with The Final Call, the Nation of Islam’s newspaper. “Every time I hear the Minister speak, he’s always extremely honest, poignant and his words [are] immensely powerful because of the honesty that he dares to speak from.” TI said. “I was honored to be here, I was completely honored by the invitation as I always am and the message was necessary.”

Farrakhan has long enjoyed the support of Black celebrities, despite his long history of anti-Semitism and homophobia. A 2018 seven-album box set released in 2018 by the Nation of Islam featured Ross, Stevie Wonder, Snoop Dogg, Common, Chaka Khan and Damian Marley.