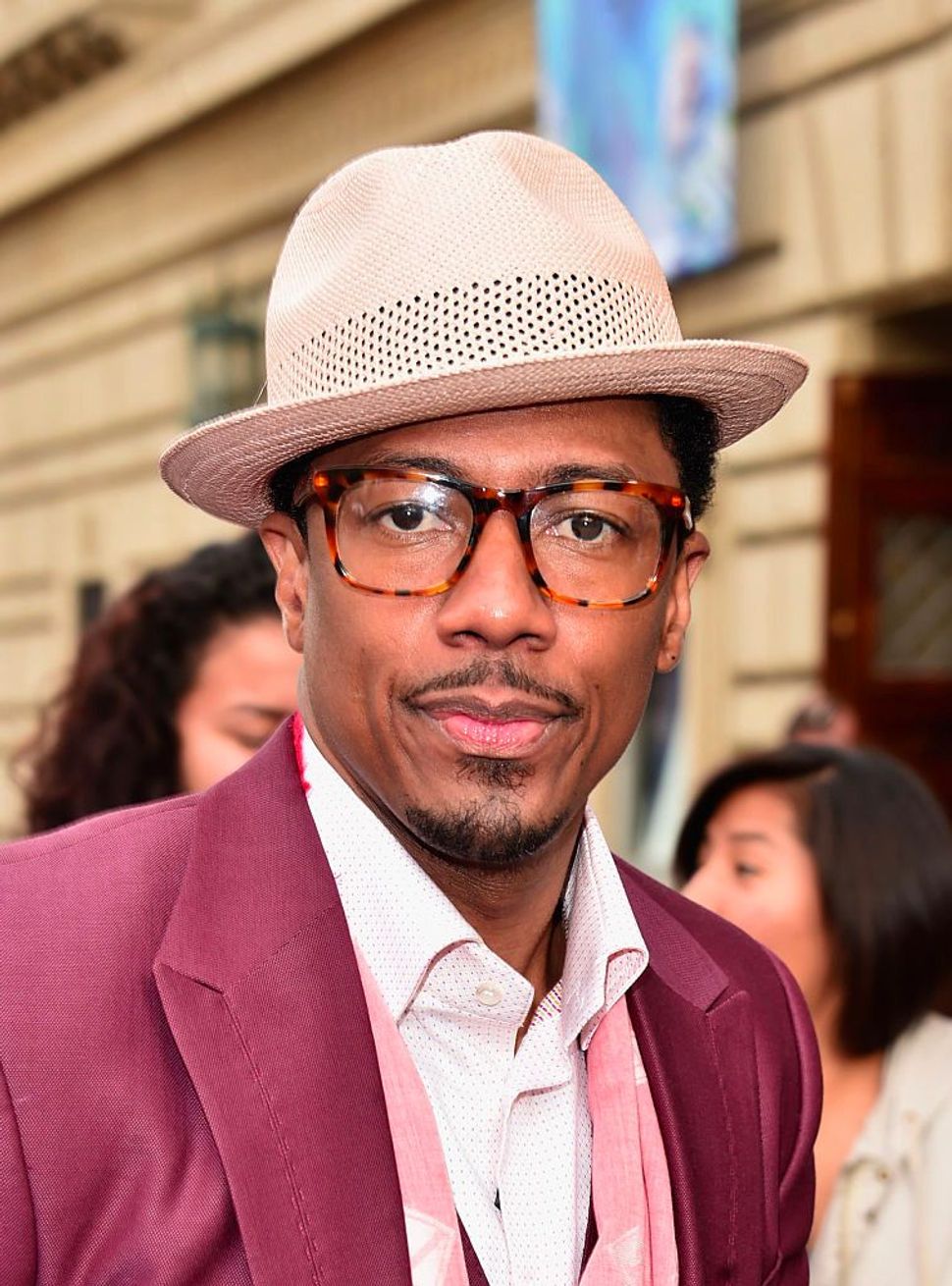 Cannon apologized on Wednesday for his anti-Semitic remarks. Image by Getty

Just a day after demanding an apology from the network that fired him, actor and TV host Nick Cannon made his own apology for anti-Semitic remarks on his podcast.

“I extend my deepest and most sincere apologies to my Jewish sisters and brothers for the hurtful and divisive words that came out of my mouth,” Cannon tweeted late Wednesday night.

ViacomCBS ended its decades-long relationship with Cannon on Tuesday over anti-Semitic comments he made during a June 30 episode of his podcast “Cannon’s Class.” During the podcast, Cannon praised anti-Semitic Nation of Islam leader Louis Farrakhan, promoted conspiracy theories about the Rothschild family and argued that people of African descent are the “true Jews.”

On Wednesday morning, Cannon posted a statement to Facebook saying that the media giant was “on the wrong side of history,” while also expressing gratitude for the “outpouring of love and support from the Jewish community” he’d received in the wake of his firing.

Later on Wednesday, Cannon spoke with Rabbi Abraham Cooper of the Simon Wiesenthal Center, an organization that fights anti-Semitism, and said he’d gained a new understanding of his comments. “They reinforced the worst stereotypes of a proud and magnificent people and I feel ashamed of the uninformed and naïve place that these words came from,” he tweeted.

Cannon continued that he’d received an “eye-opening” history lesson from the “rabbis, community leaders and institutions who reached out to me to help enlighten me” and assured Jewish fans that he is “committed to deeper connections, more profound learning and strengthening the bond between our two cultures today and every day going forward.”

The “Cannon’s Class” episode in question has been removed, Cannon said.

Cooper told Jewish Insider that he spoke with Cannon after the actor reached out to the Simon Wiesenthal Center. The two spoke over the phone and plan to meet in person in the future. Their preliminary conversation, Cooper said, was “a little lesson in Judaism 101.” Cooper also asked Cannon to read a list of anti-Semitic remarks made by Farrakhan.

Cannon will continue to host Fox reality show “The Masked Singer,” the network announced in a statement on Wednesday.

“Nick has sincerely apologized, and quickly taken steps to educate himself and make amends,” the statement said. “On that basis and given a belief that this moment calls for dialogue, we will move forward with Nick and help him advance this important conversation, broadly.”