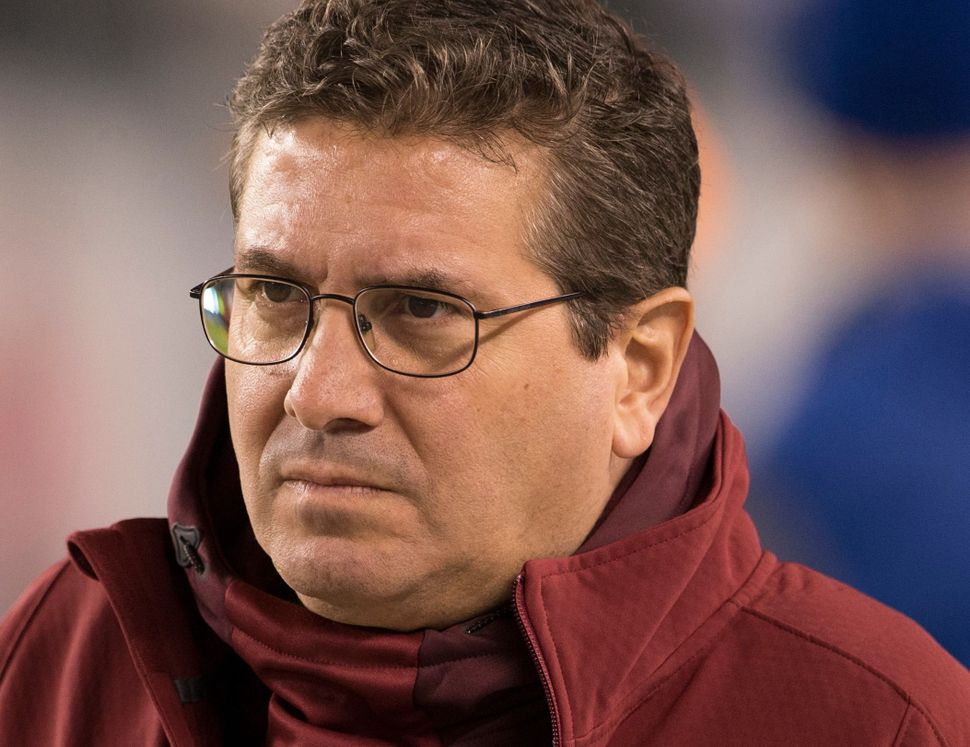 Daniel Snyder, owner of the football team formerly known as the Washington Redskins, presided over a toxic workplace culture replete with sexual harassment, including from employees at the highest levels of the organization, according to a bombshell Washington Post report.

The Post reported that “three former members of Snyder’s inner circle and two longtime members of the personnel department” stood accused of verbal abuse, in an article that relied on interviews with 15 women who alleged a culture of workplace harassment, as well as 40 interviews with current and former employees.

Snyder himself was not accused of sexual harassment, though some interviewed argued that he would have known such behavior was ongoing. The owner did not respond to Post interview requests, but the teams said they take “issues of employee conduct seriously” and had hired an outside law firm to investigate.

Several reports have described Snyder as being rude to his employees and others he encounters. “More than one person familiar with him described — or agreed with the description of — Snyder as someone who behaves the way a little kid imagines a rich person acts,” the Post reported in 2019.

The team recently announced it would change its name, following years of calls to remove the offensive reference to Native Americans. Snyder repeatedly refused to do so for years.

Snyder, a major Donald Trump supporter, was one of a small handful of NFL team owners to not condemn Trump in 2017 when the president called a player a “son of a bitch” for kneeling during the singing of the national anthem.

A Forward analysis found that Snyder is the fifth-worst Jewish owner of a professional sports team, based on winning percentage.