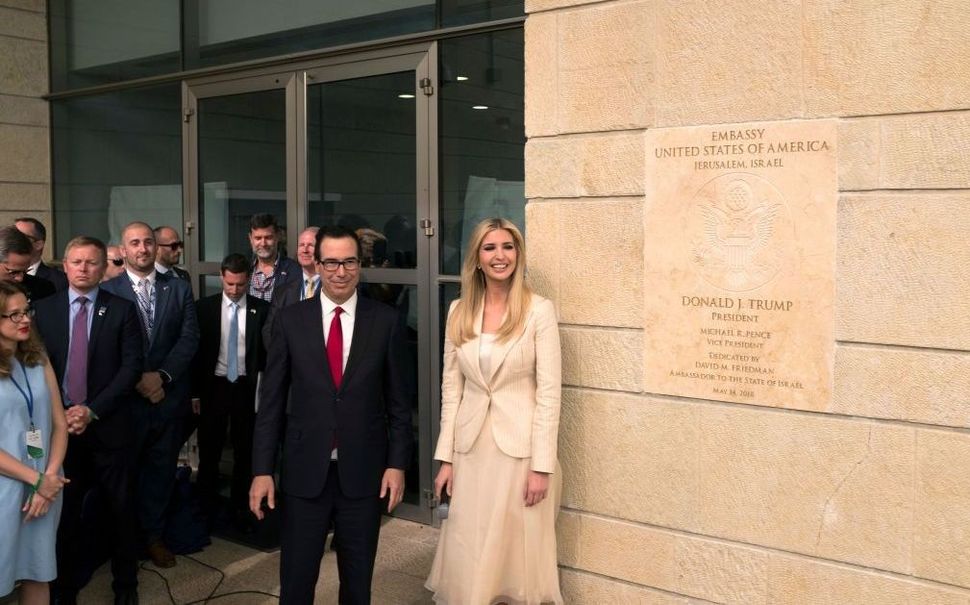 President Trump said that moving the U.S. embassy from Tel Aviv to Jerusalem was for Evangelicals during a rally in Oshkosh, Wis. on Monday.

“We moved the capital of Israel to Jerusalem. That’s for the Evangelicals. You know, it’s amazing with that: The Evangelicals are more excited about that than Jewish people. Right, it’s incredible,” said the president to a cheering crowd.

“And we moved the capital of Israel to Jerusalem. That’s for the Evangelicals. You know, it’s amazing with that: the Evangelicals are more excited by that than Jewish people.” pic.twitter.com/nO8aIzuZJa

Jerusalem has been Israel’s capital since 1949; most major government institutions, such as the Knesset, supreme court and office of the prime minister have been based there since the 1950s. Trump did, however, move the American embassy there.

Of Evangelical Christians, 53% supported the decision while only 40% opposed, according to a poll by the Brookings Institution.

Some 59% percent of Jews somewhat (14%) or strongly (45%) disapproved of how the president is handling U.S.-Israel relations, according to a poll by the American Jewish Committee.

Several prominent Evangelical figures such as Pastors John Hagee and Robert Jeffress were included in the American delegation that opened the new embassy.

Trump has implied before that Jews are single-issue voters and that American Jewish interests are equivalent to Israeli ones.

In April of last year, President Trump referred to Israeli Prime Minister Benjamin Netanyahu as “your prIme minister” while addressing members of the Republican Jewish Coalition. A few months later, while speaking to press in the Oval Office, he said that Jews who vote Democratic show “great disloyalty.”

In all recent national elections, an overwhelming majority of American Jews have voted for Democrats.

The speech in Oshkosh was just one stop in a midwest tour on Monday. In a later speech in Mankato, Minn., the President lashed out at his opponent Joe Biden claiming he would “replace American freedom with left-wing fascism.”

“Fascists. They are fascists,” the president said. “Some of them, not all of them, but some of them. But they’re getting closer and closer. We have to win this election.”