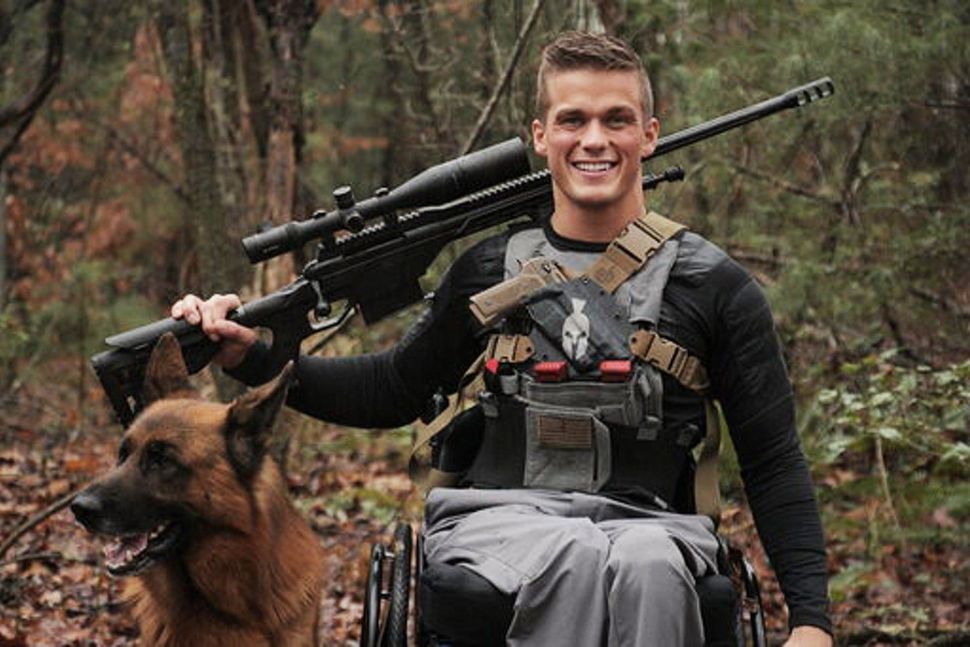 A day after the last-minute ouster of a scheduled speaker at the Republican National Convention due to accusations of antisemitic Twitter activity, another guest is also attracting criticism.

Madison Cawthorn, 24, is the Republican nominee in a solid-red North Carolina congressional district. He has also garnered attention for a series of posts and actions that detractors say are dogwhistles to the so-called alt-right.

On a 2017 trip to Germany, Cawthorn made a point of visiting the Eagle’s Nest, Adolf Hitler’s vacation home. He later later posted pictures of the visit on Instagram, saying it was part of his “bucket list” and referring to the Nazi leader by the German honorific Fuhrer. (The caption also said the Eagle’s Nest was a place where “Supreme Evil shared laughs and good times with his compatriots.”)

Cawthorn’s real estate company is called SPQR Holdings, a reference to the Roman motto “Senatus Populusque Romanus,” or “the Senate and People of Rome.” The phrase was a commonplace reference to Roman government in antiquity, but in modern times has been coopted by white nationalist groups.

In one of his campaign videos, Cawthorn can be seen displaying a Spartan helmet on his chest as he aims a rifle. The Spartan helmet, in addition to being the logo of Michigan State University sports teams, has also been appropriated as the logo for the Oathkeepers, one of the largest anti-government militia groups in the United States, with some 30,000 members as of 2016, according to the Southern Poverty Law Center.

Cawthorn has denied that he is racist, noting that his fiancee is half-Black.