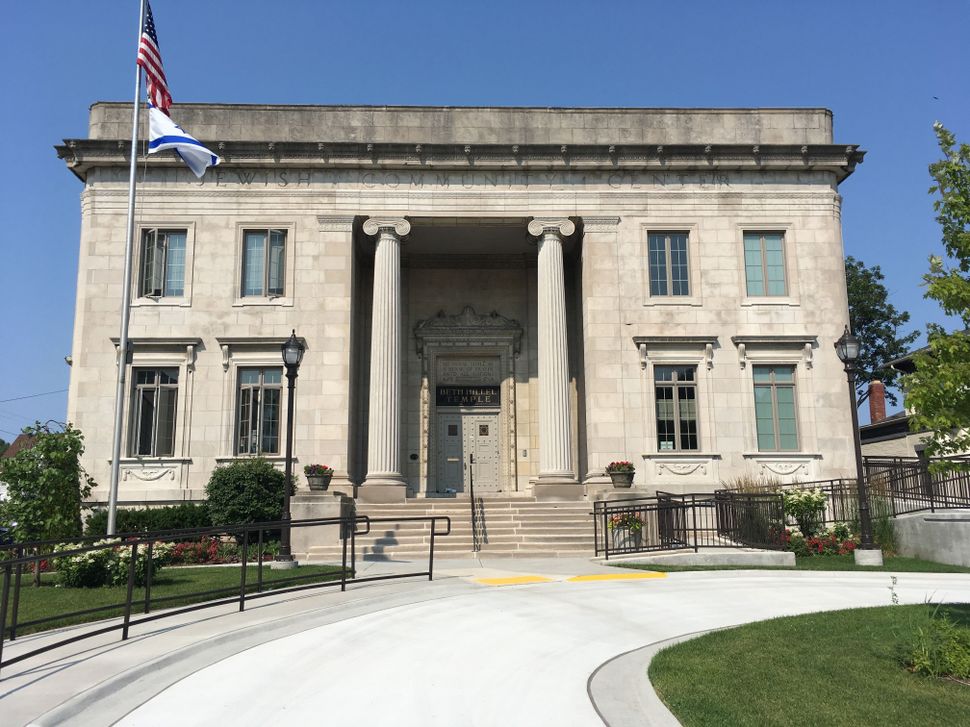 The Kenosha synagogue, Beth Hillel, has been boarded up to protect it from racial unrest. Image by Courtesy of Rabbi Dena Feingold

A reporter for the conservative news outlet Town Hall tweeted a video displaying the graffiti. Other property in Kenosha, including at least one church, also were vandalized or otherwise took damage during the evening.

Beth Hillel, a Reform synagogue, had removed its live-in caretaker from the building, taken out the Torah scrolls and boarded up the temple’s windows Wednesday.

Before the graffiti incident, the synagogue’s spiritual leader, Rabbi Dena Feingold, told The Forward in an interview that worries about damage to the temple were of secondary concern.

“I think the bigger issue is more important than the possible damage that our building might incur,” she said. “How do you bring about change? Because it has to do with systemic racism. It has to do with implicit bias. With major institutions in our society and how they operate, and how they view them.”

During the nationwide protests related to the police killing of George Floyd in May, vandals spray-painted “free Palestine” and “fuck Israel” on Congregation Beth Israel in Los Angeles.