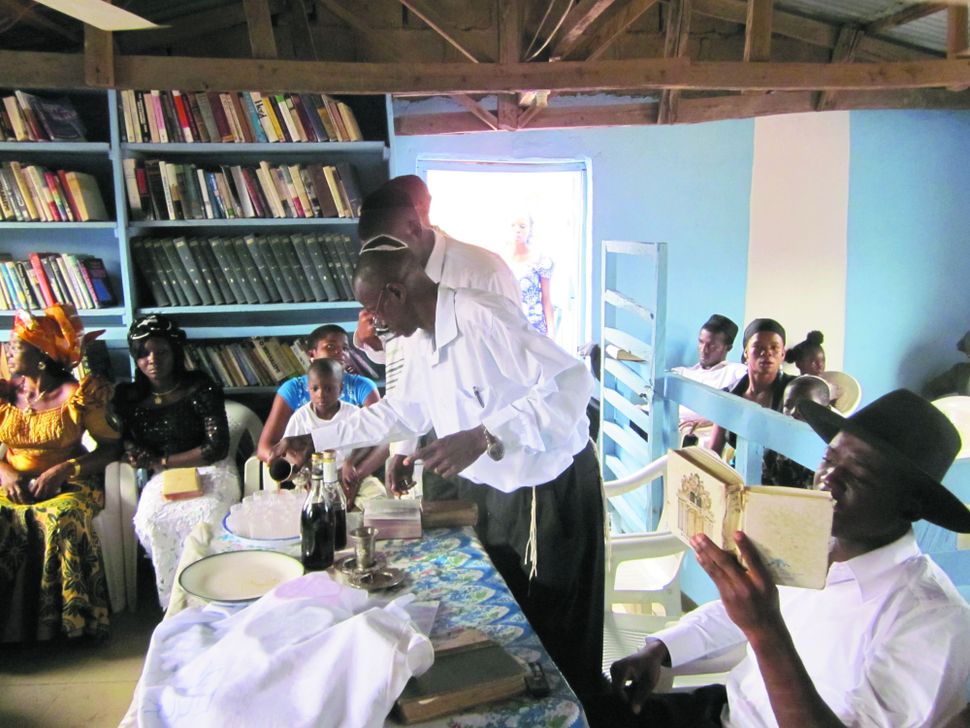 At least six Igbo synagogues have been razed by soldiers in Nigeria’s River State, a part of the country’s Biafra region, according to 9Africa news.

The Biafra region has been an area of unrest in Nigeria since the 1960s, when it declared independence shortly after the British left their former colony, kicking off the Nigerian Civil War. Nigeria is Africa’s most populous country and largest economy.

The region is primarily populated by the Igbo ethnic group, who are mostly Christians. However, many Igbo believe that they are descended from a lost tribe of Israel, and some have taken on certain Jewish practices, while a smaller group identifies as Jews themselves.

The Indigenous Peoples of Biafra movement is led by an exiled activist, Nnamdi Kanu, who identifies as a Jew. The movement has been outlawed.

He tweeted Wednesday about the destruction of synagogues.

“Our Synagogue, ‘Beth Knesset Amud ha’Emet’ (Pillar of Truth Synagogue) in #Obigbo has been brought down with bulldozer. The very biggest synagogue in #Biafra. Very sad indeed”-Emeka

The consequences for persecution of Biafran #Jews will be dire & swift Enough said! @KnessetIL pic.twitter.com/bP3HQMXqlV

Two Igbo Jews were arrested by Nigerian authorities, according to 9Africa.

The police action in Biafra comes amid a movement against police violence that has been sweeping Nigeria ever since 10 were killed in Lagos at a protest in late October.

According to Amnesty International, police opened fire on protesters at the Lekki toll gate in Lagos, who were advocating against the country’s Special Anti-Robbery Squads (SARS), which have been accused of extrajudicial killings and extortion.