A century after Leo Frank, Jewish Twitter reacts to the first Jewish Senator from the Deep South since reconstruction 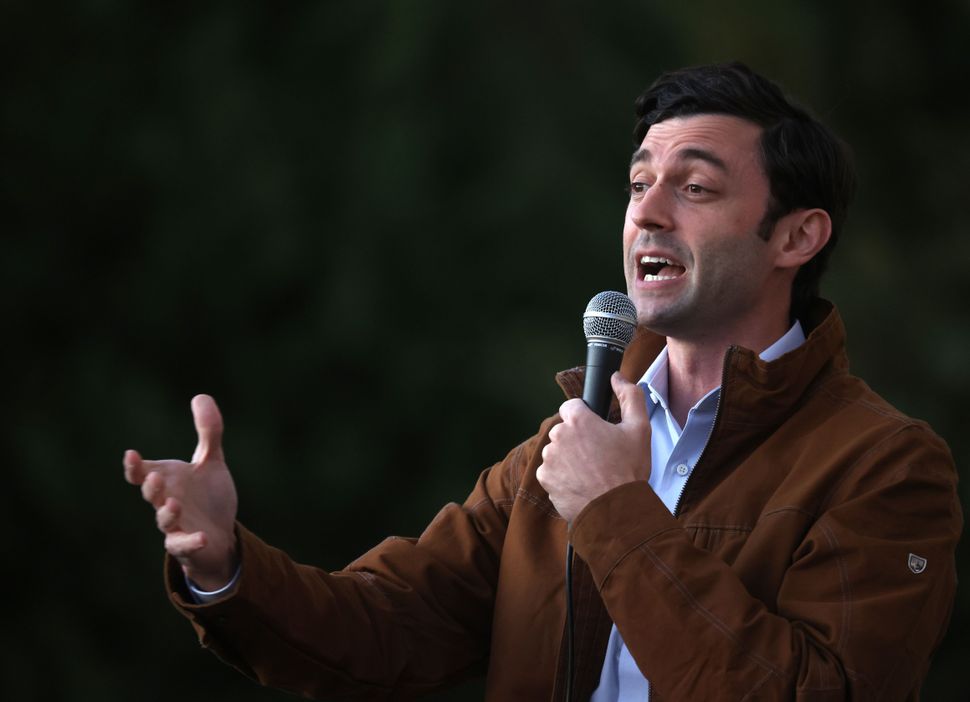 The Associated Press has called the the two contests for Georgia’s senate in favor of the Rev. Raphael Warnock, and Jon Ossoff, both democratic candidates.

Ossoff — who became the first Jewish Senator from the Deep South since Reconstruction — already declared victory in a thank-you video to his voters Wednesday morning.

Jon @Ossoff just declared victory in his Senate race: “It is with humility that I thank the people of Georgia for electing me to serve you in the United States Senate.” #gapol #gasen https://t.co/mPNS7ows1u

The historic moment was not lost on Jewish Twitter users.

105 years after the antisemitic lynching of Leo Frank in Marietta, Georgia is posed to elect a Jewish man to the Senate. pic.twitter.com/r5WtDQLQAa

Leo Frank, 31-year-old president of the Atlanta chapter of B’nai B’rith, was lynched in Marietta, Georgia, 105 years ago last summer, causing many fellow Jews to leave the state. This is one important backstory of Jon Ossoff’s campaign to become a U.S. Senator tonight. pic.twitter.com/pjO6YwCP8c

Jon Ossoff winning is justice for Leo Frank, a Jew from Atlanta who was lynched in 1915, leading to the formation of the @ADL.

Nor have the modern incidents of antisemitism that marked Ossoff’s own campaign been forgotten.

Okay I’ll say it: An Ossoff win would be a win for Jews who had our noses mocked as kids and then had the bullies tell the teacher it was just because of a filter applied by an outside vendor.

For southern Jews, who are often less visible in American society than the larger communities on the coasts, an Ossoff win would create a powerful moment of recognition.

It feels good to be a southern Jew tonight. Ossoff’s victory is genuinely quite meaningful to me. It’s nice to have a person like me representing my home.

There were also some more light-hearted takes.

Jon Ossoff would be the first shayna punim elected from the South.

Jon Ossoff is a huge inspiration, specifically, to young Jews who are thinking to themselves “maybe I should write a novel” and “maybe I should go to law school” but have done neither https://t.co/jttqAGkCPU

A century after Leo Frank, Jewish Twitter reacts to the first Jewish Senator from the Deep South since reconstruction