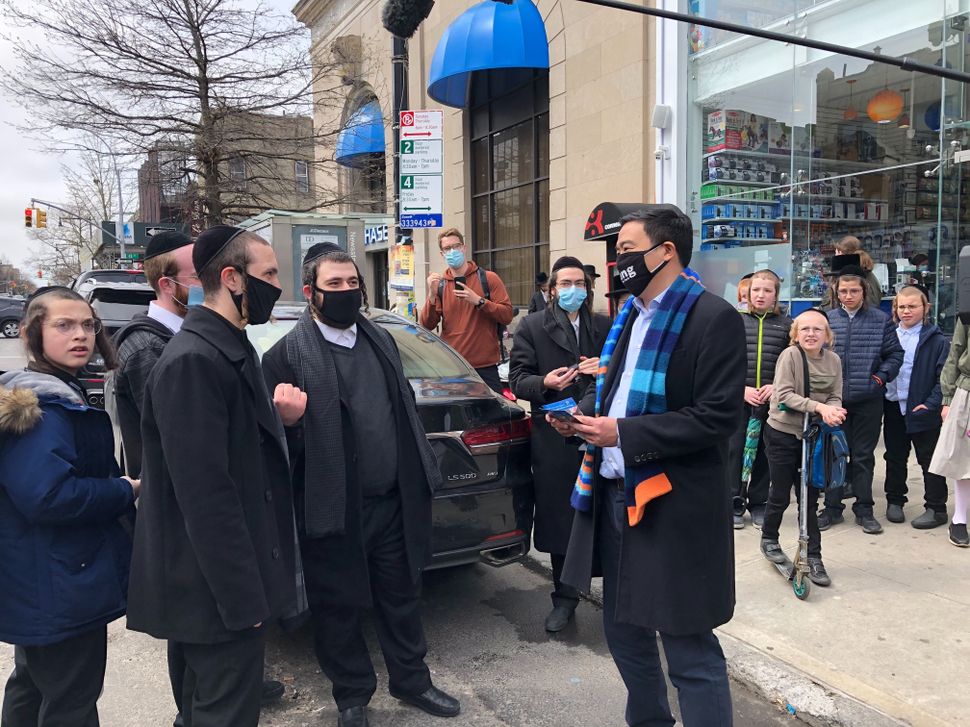 Andrew Yang, one of the leading candidates for mayor of New York City, toured one of the most populated Orthodox neighborhoods in Brooklyn on Friday.

Accompanied by a crew of cameras, Yang visited a local toy store called Toys4U and engaged with voters on 13th Avenue, one of the busiest streets in Borough Park.

“It is wonderful to be in Borough Park today,” Yang said in a video message that was later circulated on social media platforms to members of the community, who were busy shopping and cooking for Shabbat.

In recent months, the candidate has invested time courting the city’s Orthodox Jews, which historically have been an influential voting bloc in local elections. He defended the yeshiva education system, took a bold stance labeling the Boycott, Divestment and Sanctions movement as antisemitic and hired a member of the Hasidic community as his campaign’s Jewish outreach director. A recent internal poll released by the Yang campaign showed growing support for his candidacy in the Asian and Jewish communities in Brooklyn.

The Yang campaign said the 30-minute visit, which was not on his public schedule, was part of a campaign ad video shoot that will highlight Yang’s appeal to all communities across the city. The candidate was followed by a sizable crowd of young kids and onlookers.

“I picked Borough Park as one of the places to film our ads not just because of how integral the Jewish community is to the fabric of our incredible city, but because of how important it is to getting New York back on track,” Yang told the Forward on Monday. 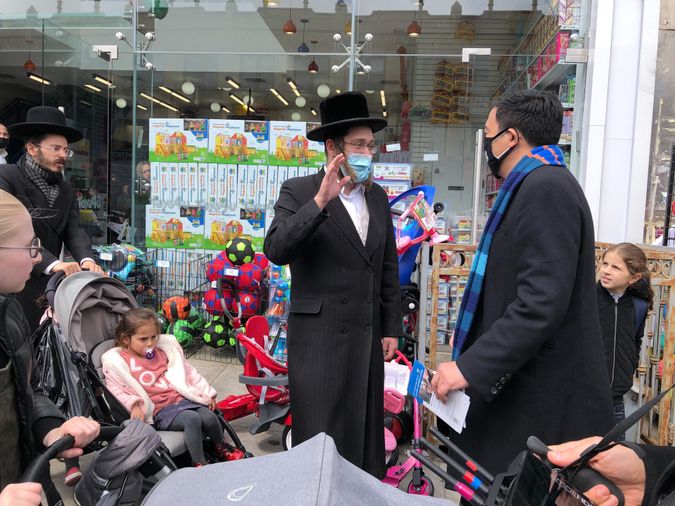 “We are very excited about your candidacy, especially after your comments on yeshivas,” one Hasidic voter told Yang.

“I will be a friend of you,” Yang responded.

Yang follows a tradition of citywide candidates visiting the Orthodox communities in the run-up to an election, though the purpose of the visit more than 70 days before the June 22 Democratic primaries indicated a more serious outreach effort. 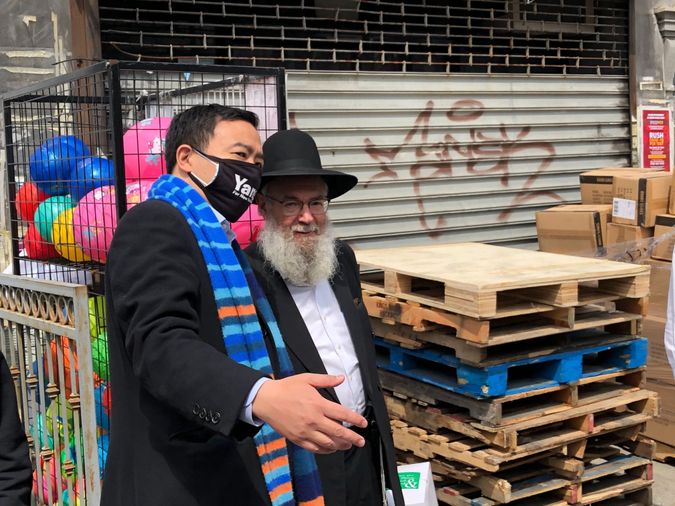 Yang said he “had an amazing time bumping into people on 13th Avenue — where everyone I met was so optimistic about New York’s future.”

He added: “The vibrancy, hope and joy I felt on the streets in Borough Park was a palpable reminder of who we are as New Yorkers. And I look forward to sharing that with folks in our ads in the coming weeks.”

The mayoral candidates have recently increased their in-person campaigning after a long period of virtual events due to the coronavirus pandemic. “I’d rather have three really good conversations than 50 Zooms,” Maya Wiley, one of the leading candidates, recently told the Wall Street Journal. 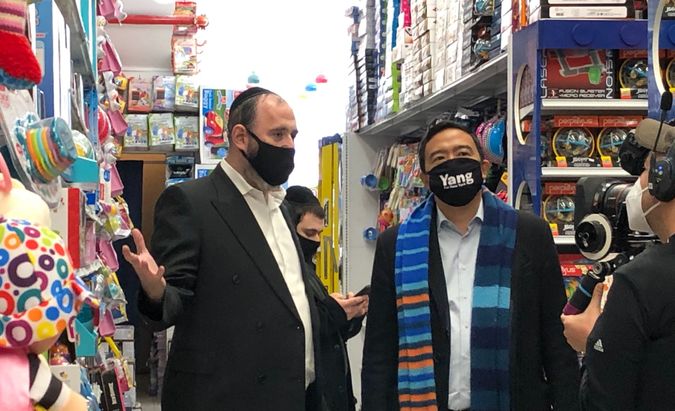