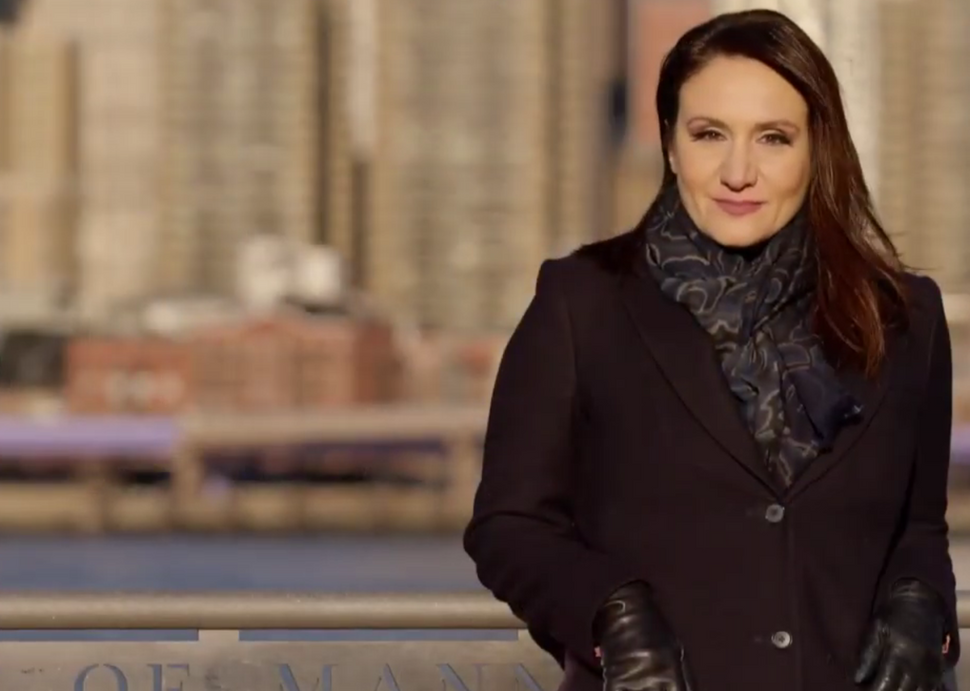 Michelle Caruso-Cabrera, one of the leading candidates for New York City comptroller, said Thursday that in light of recent turmoil, she will travel to Israel if elected.

“Supporting our longtime friends in Israel is more important today than ever,” Caruso-Cabrera told the Forward. “That’s why the first international trip I will take following my primary victory in June or as comptroller-elect in November will be to Israel.”

More than 1,400 rockets have been fired into Israel from Gaza in the past few days. At the time of publication, seven Israelis and 103 Palestinians have been killed in the worst fighting since the 2014 war in Gaza. Caruso-Cabrera was one of the first citywide candidates to express her support of Israel’s right to defend itself against Hamas.

Caruso-Cabrera, a former CNBC anchor and correspondent, is one of seven candidates running in the June 22 Democratic primaries. Recent public polls show Corey Johnson, speaker of the City Council, who dropped out of the mayoral race, leading the pack. Caruso-Cabrera is fighting for second place with Brad Lander, a councilman from Brooklyn.

The percentage of undecided voters in the race, however, is very high.

A Caruso-Cabrera campaign official noted that pension fund investments in Israeli bonds are among the comptroller’s responsibilities. A solidarity trip to Israel would symbolize her commitment to foster the economic relationship between New York and Israel, the official said. Caruso-Cabrera first visited Israel in 2011 on an assignment for CNBC, when there were growing indications that Israel was preparing to strike Iran’s nuclear facilities. The network sent her to talk with Israeli officials about the economic impact of such a mission. 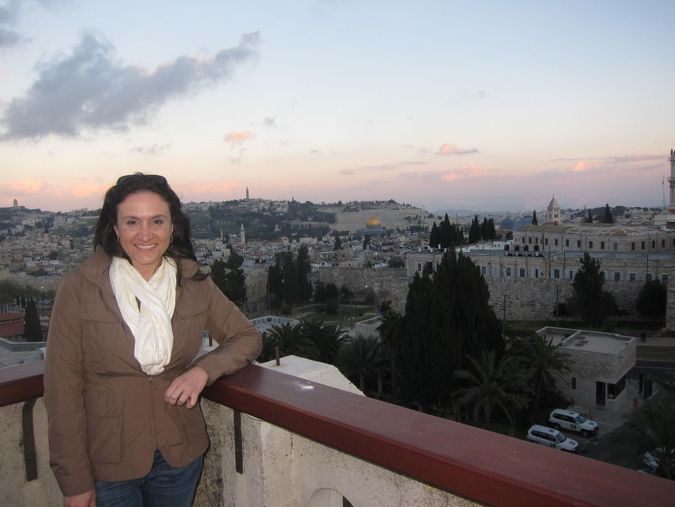 Michelle Caruso-Cabrera, candidate for New York City Comptroller, in the Old City of Jerusalem during a visit to Israel in 2011

“Having reported from Israel in the past, I know full well that the best way to show our Israeli friends that we will always stand with them is to visit, see what is happening on the streets and show our support for the State of Israel firsthand,” Caruso-Cabrera said.

Caruso-Cabrera, who ran against Congresswoman Alexandria Ocasio-Cortez in the Democratic primary in 2020, also told the Forward that she is endorsing Carolyn Maloney, a 15-term congresswoman representing New York’s 12th District, for re-election in next year’s midterms. Caruso-Cabrera lives in the Queens part of the district. Maloney, who survived a close race last year, is facing a primary challenge from Rana Abdelhamid, a member of Democratic Socialists of America who supports conditioning aid to Israel.

Maloney, however, is supporting Johnson’s bid for comptroller, but he hasn’t announced an endorsement of her. The Johnson campaign didn’t immediately respond to a request for comment.

Lander is supporting Abdelhamid, who is also backed by the Justice Democrats that helped Ocasio-Cortez pull an upset victory in 2018.

She also highlighted Maloney’s record as “a staunch friend to Israel and advocate of democracy around the world.”