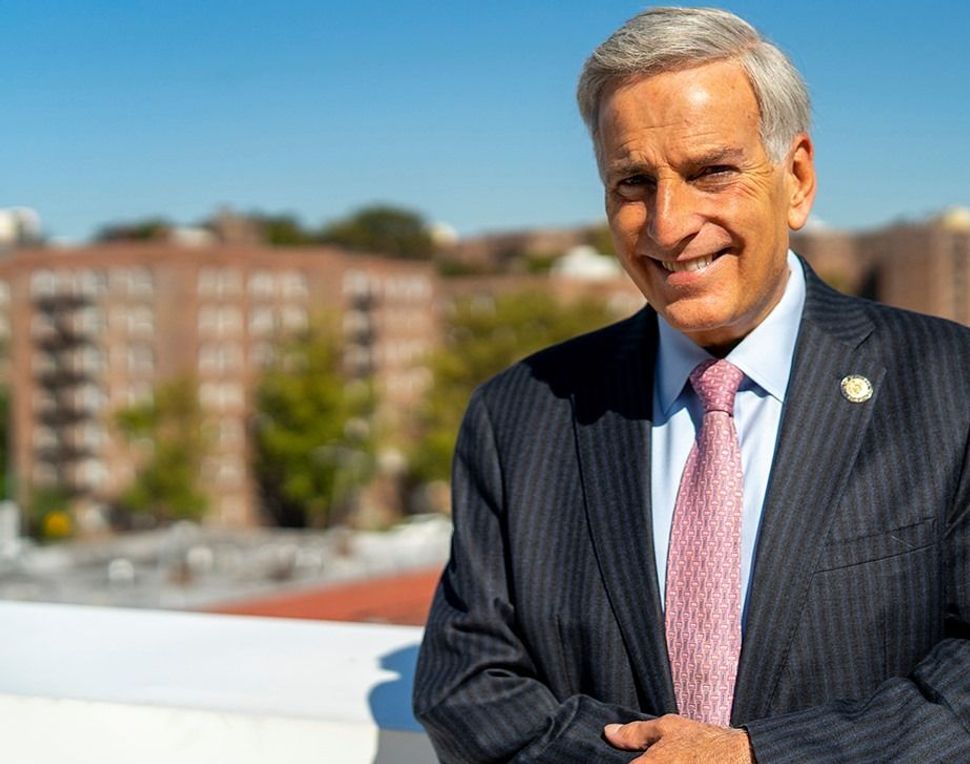 David Weprin, a state assemblyman from Queens, unveiled a bill Thursday that would require cash bail for suspects arrested and charged with hate crimes. The measure, he says, will help combat an alarming rise in antisemitic and anti-Asian incidents across New York City.

It also comes at a time of increasing violent attacks against Jews in New York, Los Angeles and other American cities in wake of violence between Israel and Hamas, the worst fighting since the 2014 war in Gaza.

The bill seeks to tweak the state’s new bail reform law that eliminates cash bail for those accused of committing misdemeanors and felonies, including non-violent hate crimes. Its passage last year ignited a debate in the Jewish community. It resembles similar legislation introduced last year by Assemblymember Simcha Eichenstein of Brooklyn that would classify hate crimes as a “qualifying offense,” which would give judges discretion on bail.

The bail reform law came under renewed scrutiny last month after a suspect in a series of synagogue attacks in the Riverdale section of the Bronx was released without bail.

“Our city has been under attack as of late without the power to stop it,” Weprin, chair of the Committee on Corrections, said in a statement. “It is my sincere hope that we can correct that error and ensure those accused of such crimes will not be allowed back onto the streets until trial.”

Weprin, 65, is the son of Saul Weprin, the former speaker of the Assembly. He is one of seven candidates running in the June 22 Democratic primaries, and is backed by prominent Queens Democrats. A recent public poll showed Corey Johnson, speaker of the City Council, who dropped out of the mayoral race, leading the pack with 15% and Weprin in fourth place with 4%. The percentage of undecided voters in the race, however, is very high.

This is Weprin’s second run for comptroller. In 2009, he came in last in a four-person race. In a recent interview, Weprin said the difference between the 2009 race and this year’s is that he’s 12 years older, wiser and a more seasoned legislator.

“The state legislature plays a major role in the city’s governance and its financing. I have been involved in a lot of the decision making in Albany, and I think that experience is a very relevant experience,” he said.

One of his recent signature bills in the state legislature is the religious garb bill that prohibits workplace discrimination against those wearing religious attire or facial hair. Another bill that was signed into law prohibits Jewish inmates from being forced to sign a religious waiver in order to participate in certain programs that could reduce their sentences.