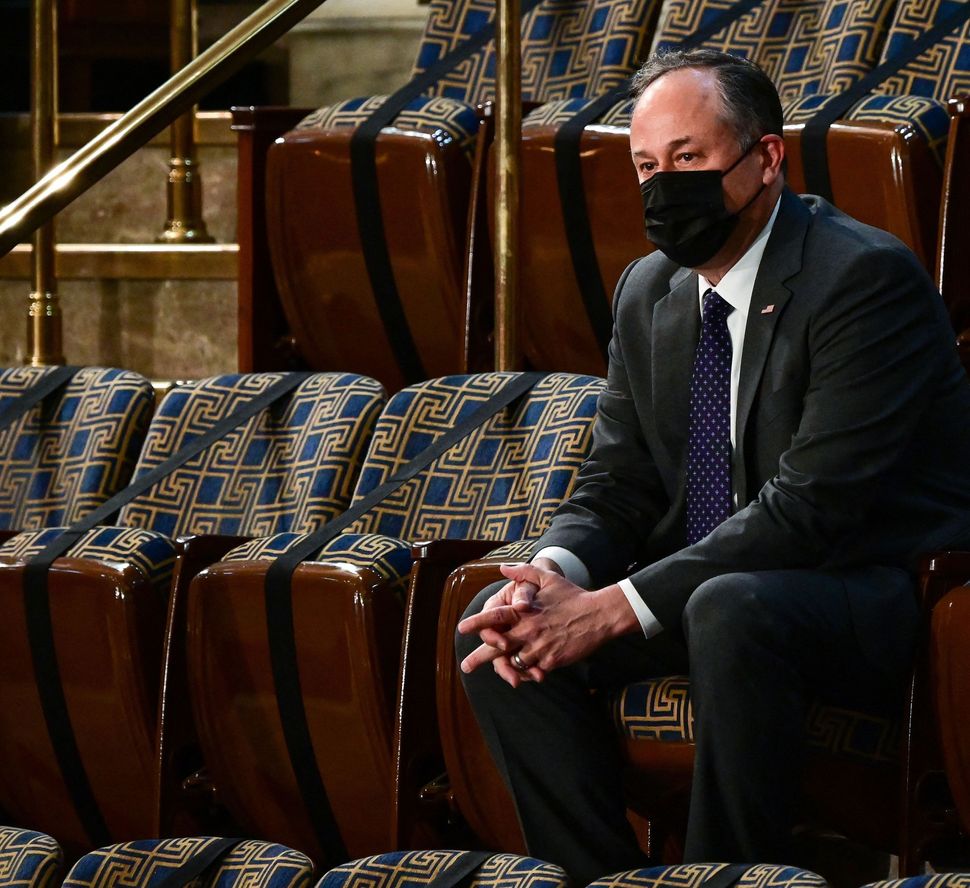 Douglas Emhoff, the Jewish husband of Vice President Kamala Harris, addressed Jewish American leaders Wednesday on recent violent antisemitic attacks, telling them that nobody should fear for their safety in America, several participants on the call told the Forward.

“I am here on behalf of the administration to express to all of you that we stand united against antisemitism and to assure you that our administration is working around the clock to counter this violence and hate, to keep everyone safe,” Emhoff said.

This is the second meeting the administration has held with leading Jewish groups in the wake of accusations that the White House has responded slowly to attacks against Jews in New York, Los Angeles and other American cities last week.

The administration officials touted the work of federal agencies against hate crimes and domestic terrorism and promised more funding to boost security outside synagogues and Jewish nonprofit organizations. They mentioned the additional tools created by the hate crimes law that President Biden signed into law last week. They did not link the spike in violent attacks to the conflict in the Middle East, the participants said.

Two participants on the Zoom call, who spoke anonymously because the call was off the record, said the attempt to reassure the Jewish community was lacking in substance and did not reassure them that Jews wouldn’t suffer for standing up for Israel.

But Matt Nosanchuk, a former Obama White House liaison, said he found the information shared with the group reassuring. “The administration demonstrated that it takes combating antisemitism extremely seriously and is using all the tools they have to do it,” he said. Nosanchuk previously worked as a lawyer for the civil rights and civil liberties office at the DHS and also worked on combating antisemitism in the Obama White House.

“Those who would criticize the administration for not doing enough or who are now arguing that we need new laws, are okay playing into the hands of those who want to use the issue of antisemitism for partisan gain,” Nosanchuk said.

The White House also signaled during the call, which was hosted by the Office of Faith-based and Neighborhood Partnerships, that the Biden administration is in the process of considering a list of names to serve as the State Department’s Special Envoy to Monitor and Combat Anti-Semitism], but gave no indication that the nomination will be sped up in wake of the recent attacks.

“We are actively considering the role right now in coordination with the State Department and we hope to be able to fill it as soon as possible,” Thomas Zimmerman, an aide to President Biden, said on the call, according to an audio of the remarks obtained by the Forward. “We recognize that it’s an incredibly important role for combating antisemitism and all of its forms, and ensuring that we are filling the role with an envoy who is ready to take on these challenges.”