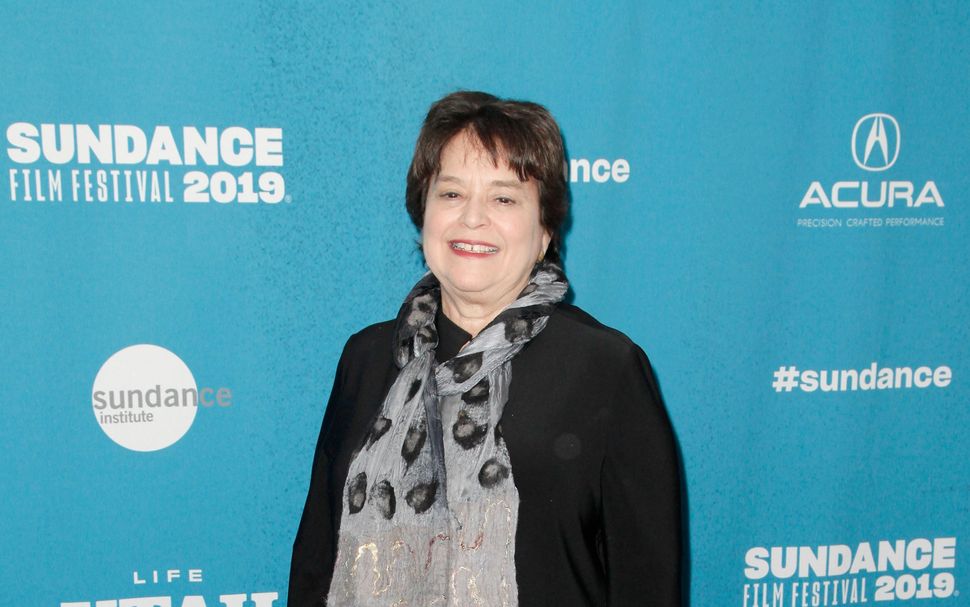 As factions within the Jewish community jockey over who President Joe Biden will name as his special envoy for combating antisemitism, some progressive support is coalescing around Nancy K. Kaufman, former chief executive officer of the National Council of Jewish Women.

Kaufman, who told the Forward she has been in touch with the Biden administration about the position, said she can bridge the gap between the left and the Jewish establishment at a time when the community is divided over how to define and fight antisemitism.

“I think I have credibility in both worlds.”

Kaufman helmed NCJW for seven years, stepping down in 2019 as the organization relocated from New York to Washington, D.C. Prior to that position, she led the Jewish Community Relations Council of Greater Boston for 20 years.

Kaufman was named to the Forward 50 in 2012 for injecting “energy and purpose” into NCJW and “using her network of 90,000 members and supporters to advocate for the progressive causes that have long animated her career.”

Randi Weingarten, president of the American Federation of Teachers, sent a letter to the Biden administration Tuesday backing Kaufman for the antisemitism envoy position.

“Nancy is someone who can reach across ideological divides and political divides, as she has done that throughout her entire professional career,” Weingarten wrote.

IfNotNow, a left-wing Jewish group opposed to the Israeli occupation, also came out in favor of Kaufman Tuesday. In a statement to the Forward, the organization said, “we are excited about the possibility of Nancy Kaufman getting appointed — even if we have had areas of disagreement in the past.”

Kaufman said she is a “pro-Israel, Zionist, feminist progressive who cares about the rights of Palestinians,” and identified white supremacy as the greatest threat facing Jews. She ran on the progressive Hatikvah slate in the World Zionist Congress elections last year and is an advisor to Combatants for Peace, an organization opposed to the Israeli occupation.

The push for Kaufman comes amid an ongoing debate within the Jewish community over how to define and combat antisemitism.

Establishment organizations led by the Conference of Presidents of Major Jewish Organizations have been calling on the Biden administration to adopt the International Holocaust Remembrance Alliance definition of antisemitism and tackle anti-Israel activism on college campuses while many Jewish progressives argue the focus should be on stopping violent white supremacists; liberal organizations like the Union for Reform Judaism, have been caught in the middle.

Kaufman said IHRA was “an interesting tool” that should not be codified into law, and she praised the recent Jerusalem Declaration on Antisemitism — backed by left-wing groups — as “fascinating and interesting, and I think there should be lots of discussions about what is the best way.”

She emphasized the importance of engaging in dialogue and conversation with all but the most virulent antisemites, arguing that especially internationally many people who share antisemitic ideas are simply unfamiliar with Jews. Kaufman has also worked with groups and individuals in the U.S. that have been tarred as antisemitic, including Women’s March organizers Linda Sarsour and Tamika Mallory.

“I give Tamika and Linda a great deal of credit, because rather than walking away from this or becoming defensive, they actually reached out to many of us in the Jewish community to have a conversation,” Kaufman said during a 2019 panel, acknowledging that those discussions had not solved the concerns of many Jews.

Kaufman defined her “red lines” on antisemitism as anyone who supports violent attacks against Jews, such as the shooting at the Tree of Life synagogue in Pittsburgh. She also said that while it is important to allow significant leeway for criticism of Israel — including among those who support boycotting the country — it was inappropriate to “delegitimize” the Jewish state.

A State Department had no new details to share regarding the nomination process, according to a spokesperson.

IfNotNow has been aggressively campaigning around the role, including releasing a video opposing former Anti-Defamation League director Abe Foxman’s potential nomination, and organized a letter from progressive leaders in March calling on Biden to name someone “who will commit to treating the fight against antisemitism as part of the fight for justice, multiracial democracy.”

The organization said it supports Kaufman because she will fight “racist extremists, will not conflate criticism of Israeli policies with antisemitism, and has a proven track record of working with diverse communities to get things done.”