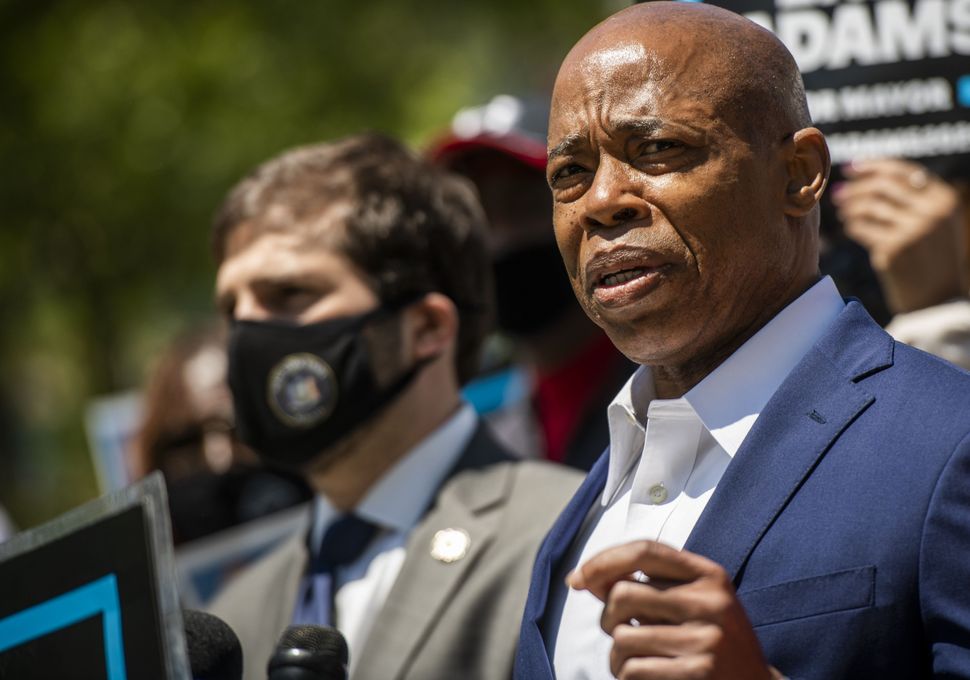 Eric Adams, one of the leading candidates for mayor of New York City, earned the endorsement of one of the largest Orthodox voting blocs in Brooklyn on Wednesday, solidifying his frontrunner status in the June 22 mayoral primary.

The political leaders of a portion of Brooklyn’s Satmar Hasidic community led by Rabbi Aaron Teitelbaum from Kiryas Joel announced after midnight that Adams, the Brooklyn borough president, was their first choice for mayor under the new ranked-choice voting system. The decision came following a meeting between Adams and their leadership.

In an ad expected to run in Der Blatt, a community newspaper in Yiddish, the group described Adams as a reliable friend who has stood with the community over the years. “These are not new friends, these are old friends,” Adams said in a video released by the campaign on Wednesday. “Today receiving their endorsement, this is saying to everyone in the city that those who are elected and stood with us, we want to stand with them.” 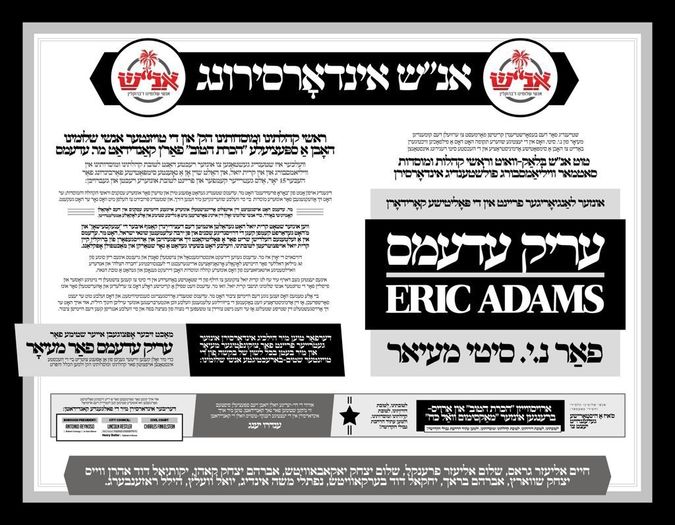 This marks the second time that the two Satmar factions, who split after a succession feud in 2006, offered competing endorsements in an open seat for mayor. In 2013, the group, known as the Aharonim, demonstrated their influence by hedging their bets on Bill de Blasio, who barely avoided a run-off by winning more Jewish voters than his competitors. The larger Satmar group, known as the Zalonim, supported Bill Thompson, who was seen as a favorite to win.

The move is a reversal of a previous commitment they supposedly gave to Andrew Yang’s campaign to support him as their number one choice in a joint endorsement with a number of leading Hasidic sects last month. In statements released by the Yang campaign at that time, representatives of both Satmar factions explained their support for Yang. But while Rabbi David Neiderman of the larger Satmar faction promoted Yang as its first choice – in appreciation of his defense of the yeshiva education system – Rabbi Moshe Indig of the Aharonim added his signature to an ad that ranked Yang atop of a three-person slot that also included Adams and Scott Stringer, the city’s comptroller. Indig remained noncommittal in a write-up featured in the group’s weekly newspaper and in a follow-up inquiry by the Forward. “In that order,” he said. But the article put Adams’ name first in touting the endorsements.

The endorsement of Adams, days before early voting kicks off, sets the stage for a get-out-the-vote showdown in Brooklyn’s Orthodox community.

Experts estimate that New York’s 1.1 million Jews make up about 20% of the voters in the city’s Democratic primaries. The approximately 80,000 voters in Brooklyn’s Haredi communities, where rabbinic dictates about ballot choices can lead to a reliable bloc of votes, are particularly sought after by candidates. Both Adams and Yang have aggressively courted the Orthodox voting blocs in recent months.

The ranked-choice experiment, which was implemented to eliminate the need for run-off elections, asks voters to delineate up to five choices on their ballots. If no single candidate wins 50% of the first-choice votes, the candidate with the fewest first-choice votes is eliminated and those ballots reallocated to their voters’ second choices. That process continues, with third-, fourth- and fifth-choices used when second-choice candidates have already been eliminated, until one candidate wins more than 50%.

A recent poll showed Adams expanding his lead over Yang in the crowded primary.