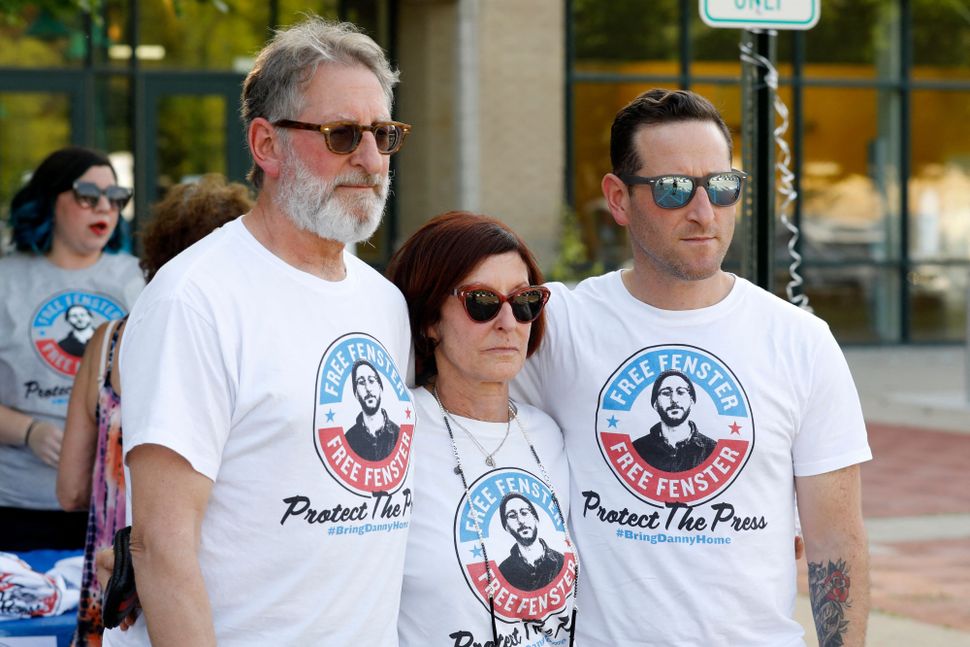 The American journalist Danny Fenster, imprisoned for over 100 days under Myanmar’s military regime, is exhibiting signs of COVID-19, according to his family.

At an Aug. 31 conference call with journalists to mark 100 days of Fenster’s imprisonment and to appeal for his release, they said Fenster exhibited symptoms, including loss of taste and smell and brain fog, the last time they were able to speak with him on Aug. 1.

To their knowledge, he has not been tested or vaccinated inside Insein Prison.

Fenster has only had one court hearing so far, on June 17. All subsequent hearings have been postponed due to COVID-19 pandemic restrictions. His next hearing has been rescheduled for September 6.

Bryan Fenster, Danny’s brother, tweeted that he was hopeful that Danny will persevere, much like his ancestors who survived the Holocaust.

“Our family, like many, share a history of hardships: our 95-year-old grandmother is a Holocaust survivor, Fenster wrote. “We are confident Danny will persevere his current circumstances, and come home soon. He is deeply devoted to his spouse, family, friends, & especially to Myanmar.”

Fenster, 37, is facing charges under Section 505a of the Penal Code, which criminalized dissent against the government and the spread of misinformation, charges that are frequently brought against journalists and activists in Myanmar. A conviction results in up to three years of prison.

But authorities haven’t charged Fenster yet, which is keeping his family optimistic.

“I think that’s something,” Buddy Fenster, Danny’s father, said in the press call, which was reported by Frontier Myanmar.

Both the Fenster family and Frontier Myanmar, Fenster’s publication, assert that the charges are unwarranted.

“We will get Danny out because the Fenster family will not give up,” said U.S. Rep. Andy Levin, D-Bloomfield Township, also on the press call.

On August 30th, The National Press Club announced that Fenster and Chinese journalist Haze Fan have been awarded The John Aubuchon Press Freedom Award, “an honor which recognizes one international journalist and one domestic journalist who bravely push to disclose the truth in trying circumstances.”

Fenster was originally detained at the Yangon International airport on May 24 while boarding a flight back to the United States to surprise his family in Michigan. He had been working in Myanmar since 2019.

Fenster’s arrest and imprisonment is a part of a larger movement to crack down on the free press in Myanmar under the military junta.

In a July report, The Committee to Protect Journalists wrote “In the months since Myanmar’s military seized power in a February 1 coup, the country has become one of the world’s worst jailers of journalists.” Frontier Myanmar reported that another journalist has been arrested earlier this week.