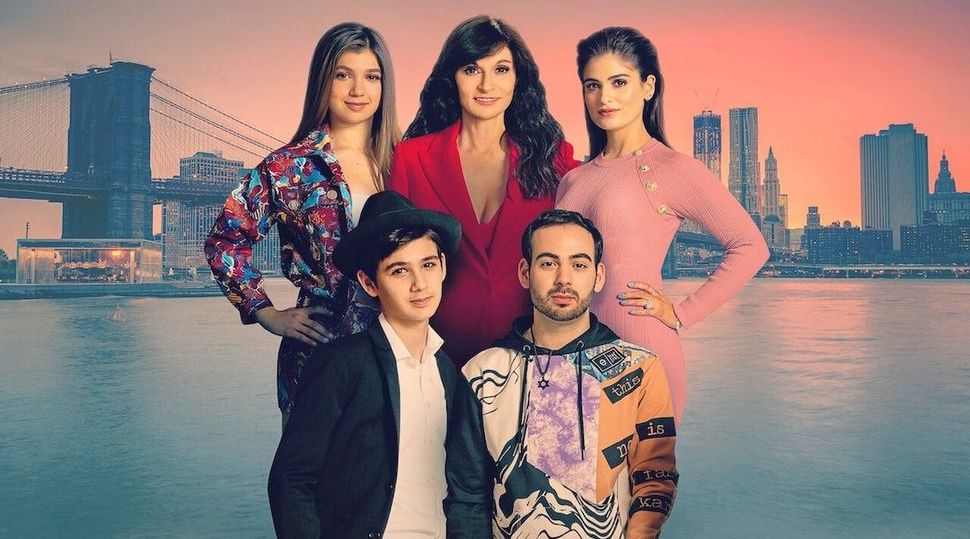 Fashion mogul Julia Haart, top center, and her children are featured in the Netflix reality series “My Unorthodox Life.” Image by netflix

(JTA) — Netflix is bringing back “My Unorthodox Life,” the reality series about a formerly Orthodox fashion mogul and her family, the streaming giant announced Monday.

No details about the content of season two or any approximate release date were disclosed.

The series follows Julia Haart, who left the Orthodox community she grew up in Monsey, New York, to become CEO of the Elite World Group fashion model agency. Over the course of nine episodes, she and her four children wrestle with how to adapt their varying levels of Jewish practice in secular New York City society.

The show sparked a wide array of debates in different Jewish communities and drew some criticism for its portrayal of Orthodox communities as harshly restrictive.

“Before you judge the show, maybe you might want to watch the show?” Haart told the Jewish Telegraphic Agency after the series debuted in July. “Because they had the word ‘unorthodox’ in it, people have made a thousand assumptions without actually taking the time to listen to what I actually have to say.”