Netflix wants you to believe ‘My Unorthodox Life’ is a feminist fairytale — is it? 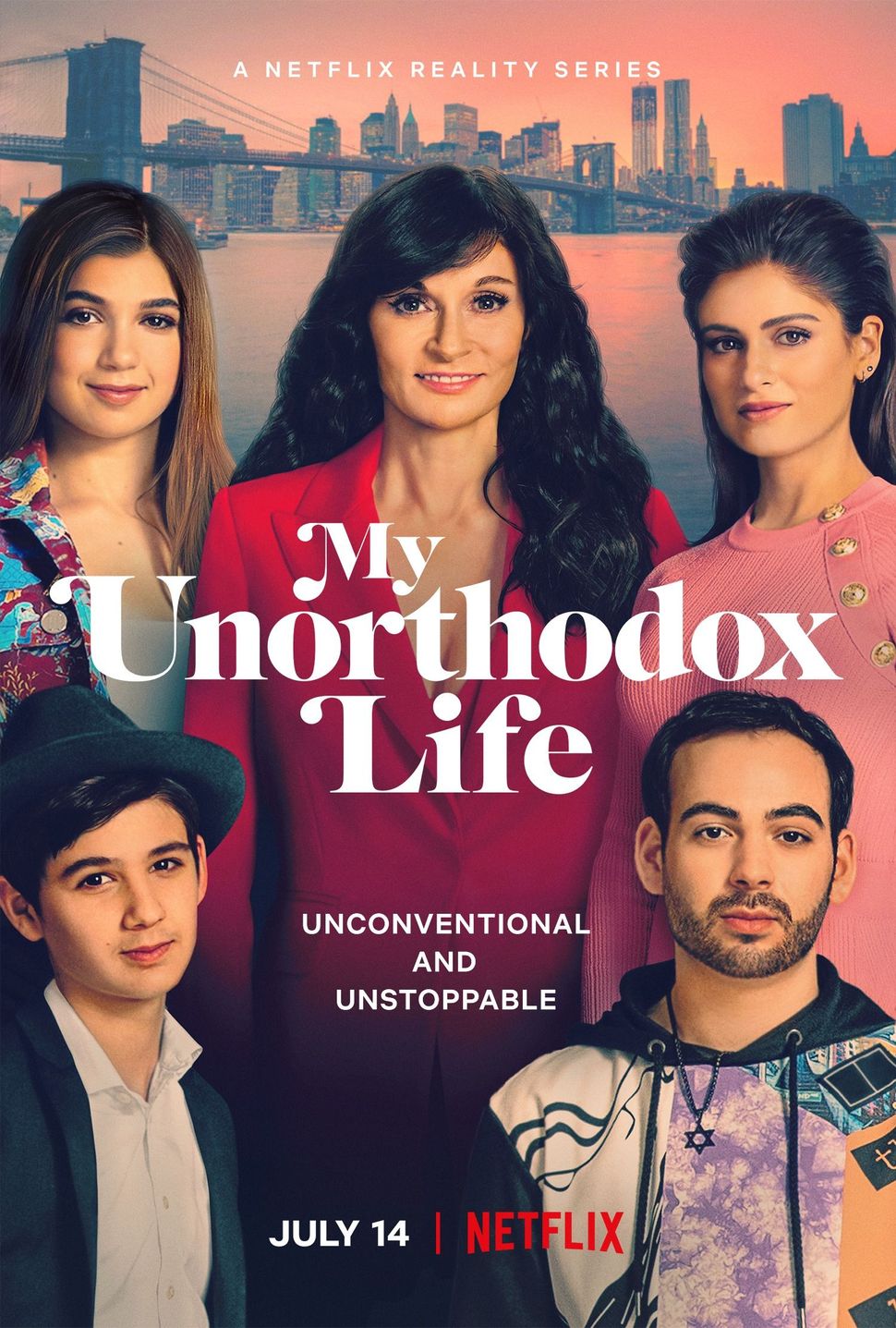 As a teenager, I spent a lot of time arguing with my mother about what clothes qualified as “feminist.”

To her, feminism was a knee-length dress and a blazer. To me, it was a miniskirt. She wanted to defy the sexist conventions that equate style with exposed limbs. I wanted to protest a high school dress code I felt was gendered and unfair. We each believed ourselves to be the good feminist in the house. Unsurprisingly, there were a lot of early-morning standoffs.

I thought of those squabbles while watching “My Unorthodox Life,” Netflix’s most Jewish reality show to date. A gambit to capitalize on the success of last year’s “Unorthodox,” the show follows Julia Haart, a formerly Orthodox Jew who left her insular community to become a #girlboss in the fashion world. It’s a show about carefully tailored clothes and the social messages they convey. But by categorically equating fashion with freedom, it transforms one woman’s personal experience onto a one-size-fits-all version of female empowerment.

Born into a Haredi family, Haart grew up in Monsey, New York and spent decades as an observant rebbetzin and teacher before getting a divorce and striking out on her own in 2013. After founding her own shoe company and briefly helming the lingerie brand La Perla, she became the CEO of Elite World Group, a modeling agency she co-owns with her second husband.

As with most reality shows, the plot of “My Unorthodox Life” grows more mundane with each episode: one devotes several minutes to intense speculation as to whether a storm will scupper a private helicopter ride. The show barely touches on the intriguing logistics of Haart’s fashion world ascent, or the process by which her three adult children — Batsheva, a budding influencer; Shlomo, a shy student; and Miriam, a precocious college-aged coder — came to join her in leaving the Haredi world. (She and her first husband share custody of their youngest son, Aron, who remains involved in the Haredi community.) Instead, we meet her at the top of her ascent — literally, because almost every scene takes place in a penthouse. In each episode, Haart migrates from Elite World’s headquarters in (of course) Hudson Yards to her riverfront lair in (of course) TriBeCa to the condos her offspring inhabit in (of course) various swish Brooklyn neighborhoods.

Haart rarely appears in the same sparkly blazer or plunging jumpsuit twice. Slow pans across luxury real estate abound, as do shots of well-coiffed women striding through offices, lattes in hand. Various assistants hover, ready to proffer glasses of white wine or make adoring pronouncements like “If you f**k with Julia, she will bulldoze you.”

But the show is interesting in one capacity: its attitude towards clothes as a vehicle for feminist statements.

For Haart, glam outfits and stilettos are freeing, synonymous with her escape from a community where she felt her body was a subject of shame. Miriam feels the same. Batsheva, who came of age and got married in the Haredi world before adopting a somewhat more secular lifestyle in New York City, is more conflicted. Even as she amasses followers on TikTok and Instagram, she’s reluctant to totally disown religious conventions and occasionally defers to her husband, who sees wearing pants as “a very, very, very big step.”

In reality, both Haart and Batsheva’s perspectives have legitimacy — just as in my adolescent spats with my mother, we were each in our own way right. But the show presents Haart’s as the only correct view. In “My Unorthodox Life,” women who wear trendy outfits are unequivocally empowered, while those who don’t are benighted and oppressed.

Batsheva’s choice to decline jeans is an opportunity for her mother to insinuate that she is not truly free. When a young woman from the Haredi community asks for advice on transitioning to secular life, Haart gives her blond highlights and a crop top. Arguing that adhering to secular standards of beauty is an inherently fulfilling experience, the show ignores the fact that they are also rules imposed on women. Only in rare moments do we sense the cost of this brand of feminism, and particularly the women it leaves out. There’s the shapewear fitting during which Haar quips that “people sometimes feel more confident if they know everything is where it should be;” the identically stylish aesthetic shared by nearly every woman on the show; the time and energy Haart spends on cosmetic procedures.

If there’s anything I learned from those years of bickering with my mother, it’s the impossibility of categorizing any one garment as empowering or otherwise. In a culture so rife with judgements and standards for women’s dress, we are all influenced by outside opinions of what feminism “should” look like. What feminism really looks like is the freedom to choose what we wear, to discard norms or adhere to them on our own terms.

“My Unorthodox Life” is full of clothing choices, but those who don’t choose correctly get chastised. In this theoretically “unscripted” show, it falls to Batsheva to play the uptight prude, forever losing arguments to her freer, more empowered mother and sister. For the most part, she seems content to play her assigned role. But in one episode, while reading a draft of her mother’s juicy forthcoming memoir (titled “Brazen: My Unorthodox Journey from Long Sleeves to Lingerie”), she gets in an authentic line.

“What’s interesting about books,” she muses, “is that they’re all from, like, one person’s perspective.”

Batsheva is referring to her mother’s book, but she could easily be describing another narrative — the flattened story of feminism and freedom which she’s helping to tell.

Netflix wants you to believe ‘My Unorthodox Life’ is a feminist fairytale — is it?