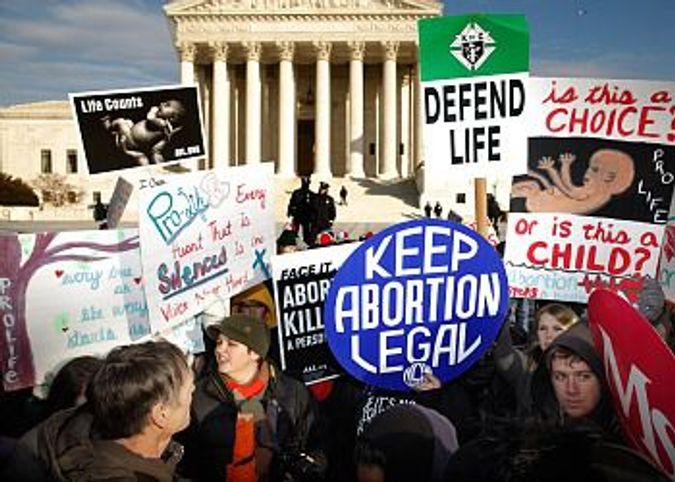 The CEO of the National Council of Jewish Women has been telling people for months that Roe v. Wade, the landmark case that legalized abortion nationally, would likely be overturned within the year.

“They would say ‘that’s not going to happen,’” said Sheila Katz, whose group has long made access to abortion one of its key issues.

But now, Katz said, after the Supreme Court last month refused to intervene when Texas lawmakers banned abortion after six weeks of pregnancy — without any exceptions — the threat is feeling real to supporters of abortion rights. Other states are looking to follow Texas’ lead with such laws, and already a doctor who flouted Texas’s statute has been sued.

The council’s response: The upcoming launch of 73Forward, a campaign to keep abortion legal, and help those who don’t have the means to travel and pay for an abortion in a place where it’s less restricted.

(The campaign’s name refers to 1973, the year Roe was decided, and is not connected to this publication.)

“Taking away abortion access is a religious freedom issue,” said Katz. “It’s directly connected to our text and it’s so critical right now that we don’t allow one particular faith perspective to dictate when life begins.”

The vast majority of American Jews — 83% according to the Pew Research Center — favor abortion rights, making them among the most supportive religious groups in the nation. Orthodox Judaism, which, while it sometimes allow for abortion, generally condemns it.

Katz said the 73Forward campaign will draw on another of the group’s initiatives, “Rabbis for Repro,” started this year to organize Jewish clergy to lobby and make the moral case for access to abortion.

“We have found that faith leaders and rabbis in particular have a tremendous impact on Capitol Hill,” Katz said. They helped, she continued, secure 40 votes for the Women’s Health Protection Act — which would protect abortion access nationally, prohibiting medically unnecessary restrictions on abortions — even if Roe is overturned. The act has passed the House, but does not yet have sufficient support to pass the Senate.

The 73Forward campaign is also focusing on challenging laws that make it harder to obtain an abortion induced by the medications mifepristone and misoprostol, two FDA-approved drugs that, Katz said, many states have overregulated and which can often cost more than $500, putting them out of reach for many poor women.

Jewish women, even those living in states that have made it nearly impossible to obtain an abortion, often have the means to access abortion elsewhere, Katz said. But, she said, the racial justice movement, which has drawn in many Jewish people in the past year, should also alert Jews to the ways in which privilege determines who anti-abortion laws force to be pregnant, and who can find a way to end their pregnancy safely.

“This is a racial and economic justice issue,” she said.