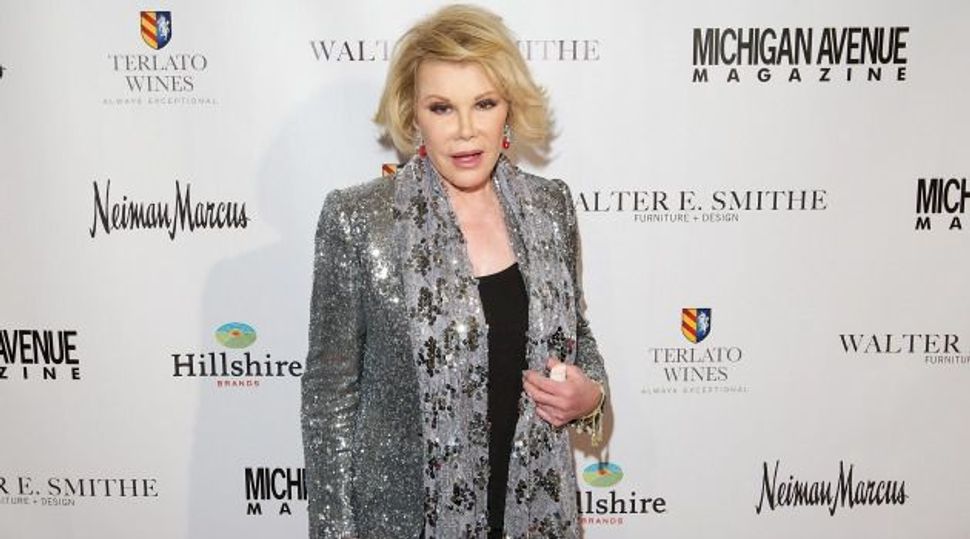 Joan Rivers’ estate is getting the last laugh.

In this week’s “Well boy, we sure got worked up over nothing,” Variety is now reporting that the planned Joan Rivers Showtime series “The Comeback Girl,” the origin of the “Jewface” controversy that launched a thousand think pieces, will not move forward. Looks like the producers didn’t secure the life rights. Whoops.

Kathryn Hahn’s casting as the famed comedian caused a kerfuffle, renewing a discourse about non-Jewish actors (especially women) often getting the chance to play iconic Jewish women over actual Jewish women. On her podcast Sarah Silverman, who somehow included a mention of losing out on a Jewish role due to her appearance in blackface in her assertion of a trend of “Jewface” in Hollywood, added fuel to the fire. It’s a discourse that, much like the fabled flames of Hanukkah, has been burning far longer than anyone expected, with Jewish Currents writing a piece just last weekend.

While this one cancellation — it’s not clear if Rivers’ daughter, Melissa, objected to Hahn’s casting — does little to address the deeper question of who can play Jewish, it is certainly an anticlimax in the discussion.

Variety noted that while the project could continue as an unauthorized production without the Rivers hechsher, that course would prohibit the series from using Rivers’ jokes or catchphrases. But with Hahn on board for something, it leaves the door open for a less Jewish spin on the Queen of Mean from Showtime. If only HBO’s “Hacks” hadn’t gotten there first.