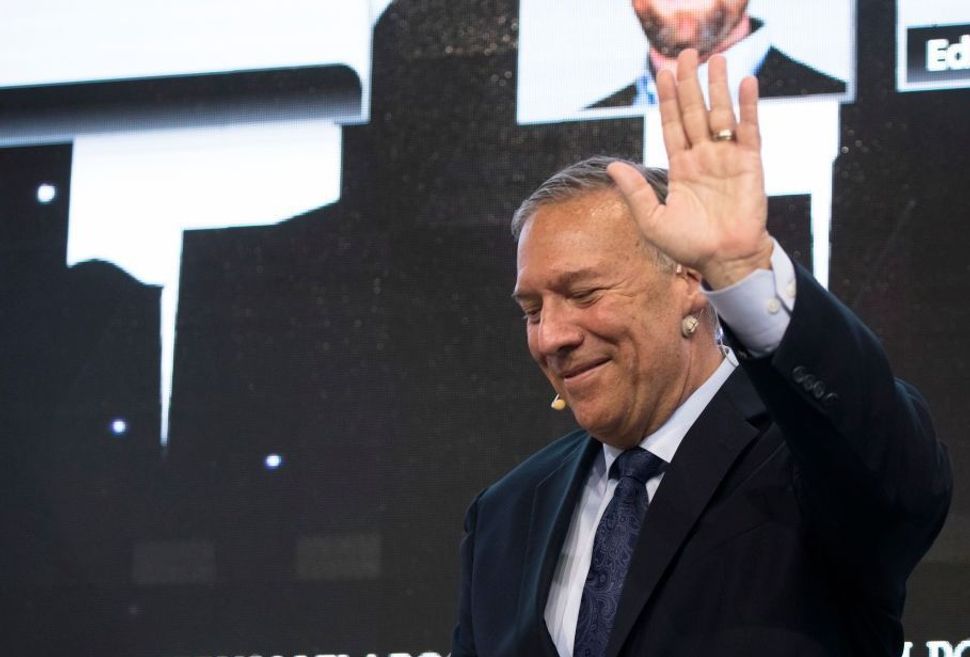 “There ought to be members from both sides of the political aisle who will see this as folly and as a dangerous mistake, Pompeo, who is a potential presidential candidate in 2024, said in a conference call with Christian and Jewish leaders on Wednesday. He called it “Immoral” and “illegal.”

President Joe Biden promised in his 2020 campaign for the White House that he would reopen the consulate, which shut down after the relocation of the U.S. embassy to Jerusalem in 2018.

A group of 35 Republican senators introduced legislation on Tuesday that would block the administration’s plan. The bill would uphold the 1995 Jerusalem Embassy Act that recognizes Jerusalem as the undivided capital of Israel, which, they say, forbids allocating money for the proposed re-opening of the consulate.

There is also a bill pending in the Knesset to prevent the move.

Pompeo said on the call — hosted by the National Faith Advisory Board, a pro-Trump Republican faith-based outreach coalition — that Republicans should add language to the omnibus spending bill to make sure that the consulate does not re-open. That bill is up for a vote in December. He suggested that talk of re-opening the consulate foments tension and so creates “national security risks, certainly for the people of Israel, but for the people of the United States as well.”

The re-location of the U.S. embassy from Tel Aviv to Jerusalem in 2018 has been a source of conflict between pro-Israel and pro-Palestinian activists.

While the Israeli government has expressed its opposition to the move, the American Israel Public Affairs Committee, the pro-Israel establishment’s premier lobby group in the U.S., has not taken a position on congressional action over the consulate.

“But we share its view that Jerusalem is and must always be Israel’s undivided capital,” Marshall Wittmann, AIPAC’s spokesman, said in an interview. “The U.S. should not challenge Israeli sovereignty and must take no action without Israel’s consent.”