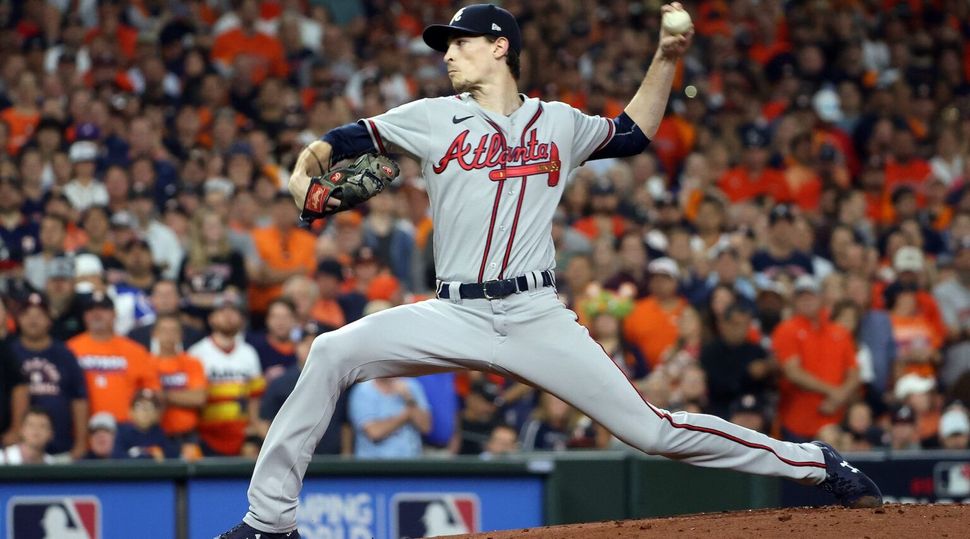 If you’re a Jewish baseball fan, you likely know the story of Sandy Koufax in the 1965 World Series — when he became famous for sitting out on Yom Kippur.

On Tuesday night, Max Fried — like Koufax, a Jewish southpaw — provided a historic counterpoint: he entered the history books by taking the mound — and staying there.

The Atlanta Braves’ ace delivered the team to its first World Championship since 1995 with six shutout innings in Game 6 of a World Series heralded as the most Jewish in baseball history.

The 27-year-old lefty held the Houston Astros to four hits, overcoming a potentially serious injury to strike out six without surrendering a run or a walk.

In Koufax’s era, going six innings in a start was routine, even if the pitcher wasn’t having a terrific outing. Bullpens were smaller then, and strategy hadn’t evolved to limit the number of times a lineup faces the same pitcher.

By the time Fried took the mound, however, the average starting pitcher’s outing had fallen below five innings in Major League Baseball. Earlier in the series, Braves starter Ian Anderson was working on a no-hitter — only to be pulled after five innings.

The decline of the starter had prompted hand-wringing among the game’s commentariat. Considering some of the game’s great postseason pitching heroes, Sports Illustrated writer Emma Baccelieri said, “Baseball no longer allows such legends.”

But Fried, saving his best for last, made room for one more.

With six shutout frames, he didn’t just go deeper into the game than any pitcher in this year’s series. He got more outs than any pitcher without allowing a run in a World Series clincher since 1985.

His mid-90s fastball scorched the catcher’s mitt and his slider — touching 90 mph for the first time all season — nosedived under the Astros’ bats. He wasn’t unhittable like Anderson, but he was pretty close. The Astros looked hapless against the lefty. They only scratched him for four singles.

Never mind good for the Jews — Fried’s performance was hailed as a []“victory for starting pitchers everywhere.”](https://www.si.com/mlb/2021/11/03/world-series-max-fried-game-6)

The clincher also contained what might have been the most Jewish play in any Major League Baseball matchup ever: In the bottom of the second inning, Astros star third baseman Alex Bregman stepped up to the plate and sliced a Fried fastball to the right field corner, where Braves outfielder Joc Pederson raced to snag it in foul territory for out number two.

To most fans, the sequence was a routine flyout. But to Jewish fans, the play showcased three Jewish players performing on the sport’s biggest stage.

For Pederson, who entered the series on a red-hot tear immortalized by his nickname Joctober, the victory gave him a second consecutive World Championship. Pederson played for the 2020 World Champion Los Angeles Dodgers. He celebrated the achievement with a cigar and his trademark pearl necklace.

The fourth Jewish player to appear in the World Series, Astros backup catcher Garrett Stubbs, entered the game as a defensive replacement in the ninth inning. He did not bat.

Fried’s success on the mound came after a scary moment in the bottom of the first inning. With the lanky pitcher covering first base on a ground ball, the Astros’ Michael Brantley came charging down the basepath, stepping on Fried’s ankle instead of the base. Replays showed Fried’s ankle almost flatten under Brantley’s cleat.

For his teammates and coaches, it was a frightening few moments. But Fried popped right back up and showed no ill effects.

“I just told myself that I was going to go out there and be 100% me, just try to pitch and try to win a ballgame,” Fried said after the win. “I knew I could empty the tank. I knew it was the last outing of the year. I was definitely running on fumes at the end of the playoffs, but I knew I had to be ready for one more.”

Aside from Fried’s sparkling Game 6 start, the Jewish players had a cold series. Pederson had just one hit in 15 at bats, while Bregman knocked two, one of them a double, in 21 at bats. Bregman also struck out seven times, to Pederson’s four.